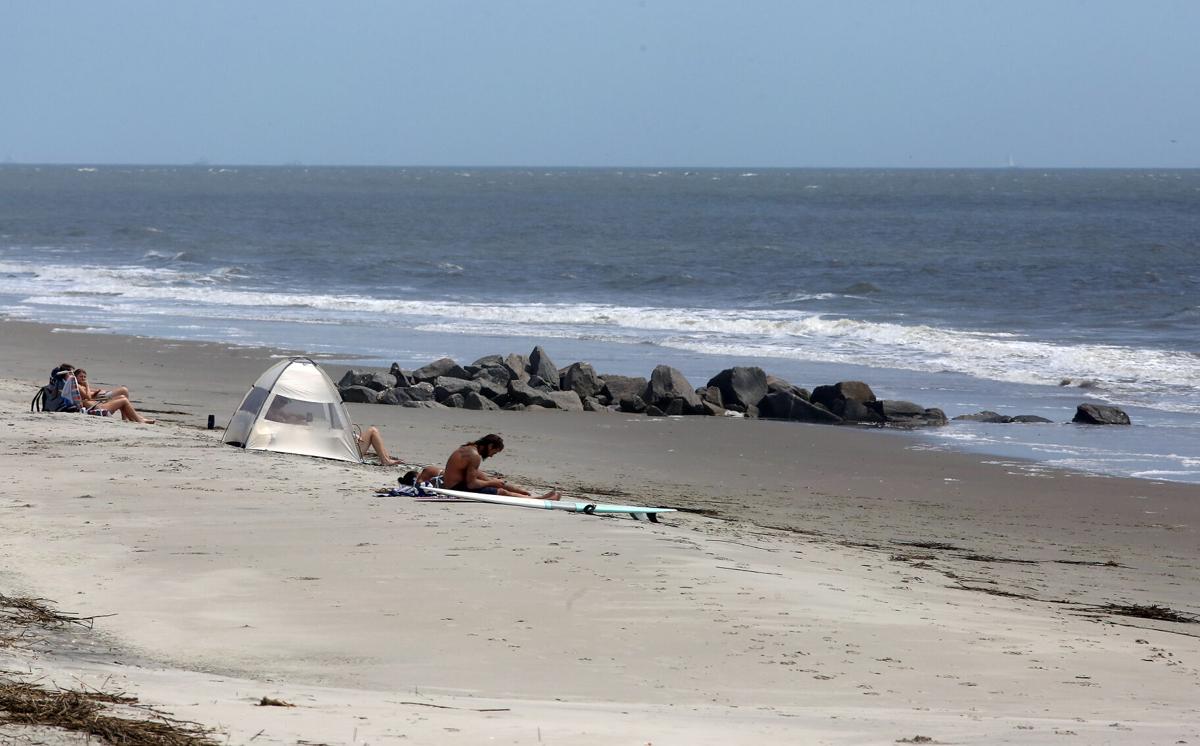 Beach erosion at Folly Beach has exposed groins that were under sand after the last renourishment project. The U.S. Army Corps of Engineers, Charleston District will start a pilot project this week, which will build a berm just offshore on the northeast end of Folly Beach using sand dredged from the Folly River Navigation Project.

By
The Post and Courier
Section:
Engineering
Region:
Southeast

The Army Corps of Engineers are taking the sand they suck up while clearing the Folly River, just west of the island, and will use it to create an offshore sandbar just off the north end of Folly Beach. The hope is that the sand will migrate back on to the beach, providing at least some help for an area where sand can disappear quickly.

The project costs $1.2 million and is funded through federal money already appropriated to keep the Folly River clear for boat traffic, said Wes Wilson, the project manager with the Corps.

It mimics a natural process for beach islands. Winter storms like nor’easters scrape sand off the beach and deposit the sediment in sandbars just offshore. In calmer, warmer months, the sand drifts back to the island.

The dredge is out working now for 24 hours a day, and will continue through the end of May, Wilson said. In total, 60,000 cubic yards of sand, or enough to fill 18 Olympic swimming pools, will be deposited in the newly constructed sandbar.

“We’re really encouraged (the Corps is) going to give it a shot,” said Eric Lutz, the director of public works for the city of Folly Beach.

He referred to the process as almost recycling because sand that erodes off the beach already floats south to clog the mouth of the river.