Southeast
A “juvenile alligator” had to be escorted off a beach at Kiawah Island near Charleston on Saturday. TOWN OF KIAWAH ISLAND, SC PHOTO 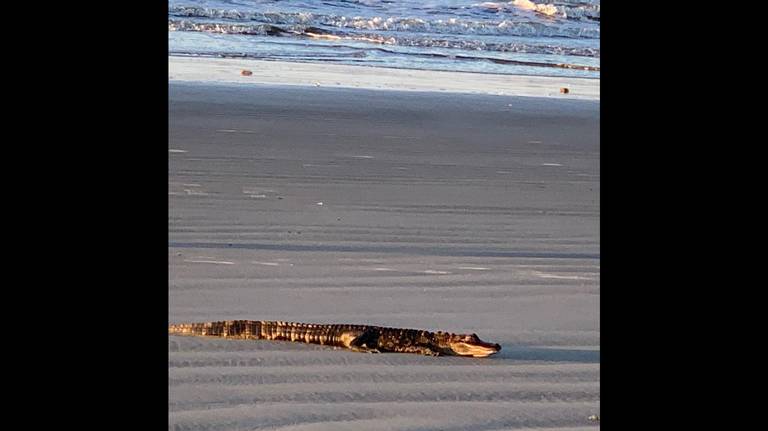 Alligators are continuing to assert themselves in South Carolina as coronavirus lockdowns keep visitors from beaches and parks along parts of the coast. Read more here: https://www.heraldonline.com/news/state/south-carolina/article242302006.html#storylink=cpy

On Saturday, a “juvenile alligator” showed up on a beach at Kiawah Island, which closed its public beach park March 19 for the COVID-19 pandemic. The town is about 26 miles south of Charleston.

A member of Barrier Island Ocean Rescue and a passerby spotted the alligator early in the day, town officials said in a Facebook post.

“With quick thinking and teamwork, the duo was able to get the juvenile alligator off the beach ... safely,” town officials said.

Photos shared by town officials showed the gator had to be forced to leave. It was coaxed — or shoved — into a bin with a shovel. The animal appeared to be about two and a half feet long.

Town officials did not say where the alligator was released, but the reptiles are native to wilderness areas and lagoons along the South Carolina coast.

The lack of human activity on many beaches during the coronavirus pandemic has been credited with luring out wild animals around the world, including wolves, coyotes, alligators and rats.

South Carolina Gov. Henry McMaster rescinded an executive order that closed the state’s beaches on March 30, but counties and towns have final say on whether their beaches are reopened to non-residents.