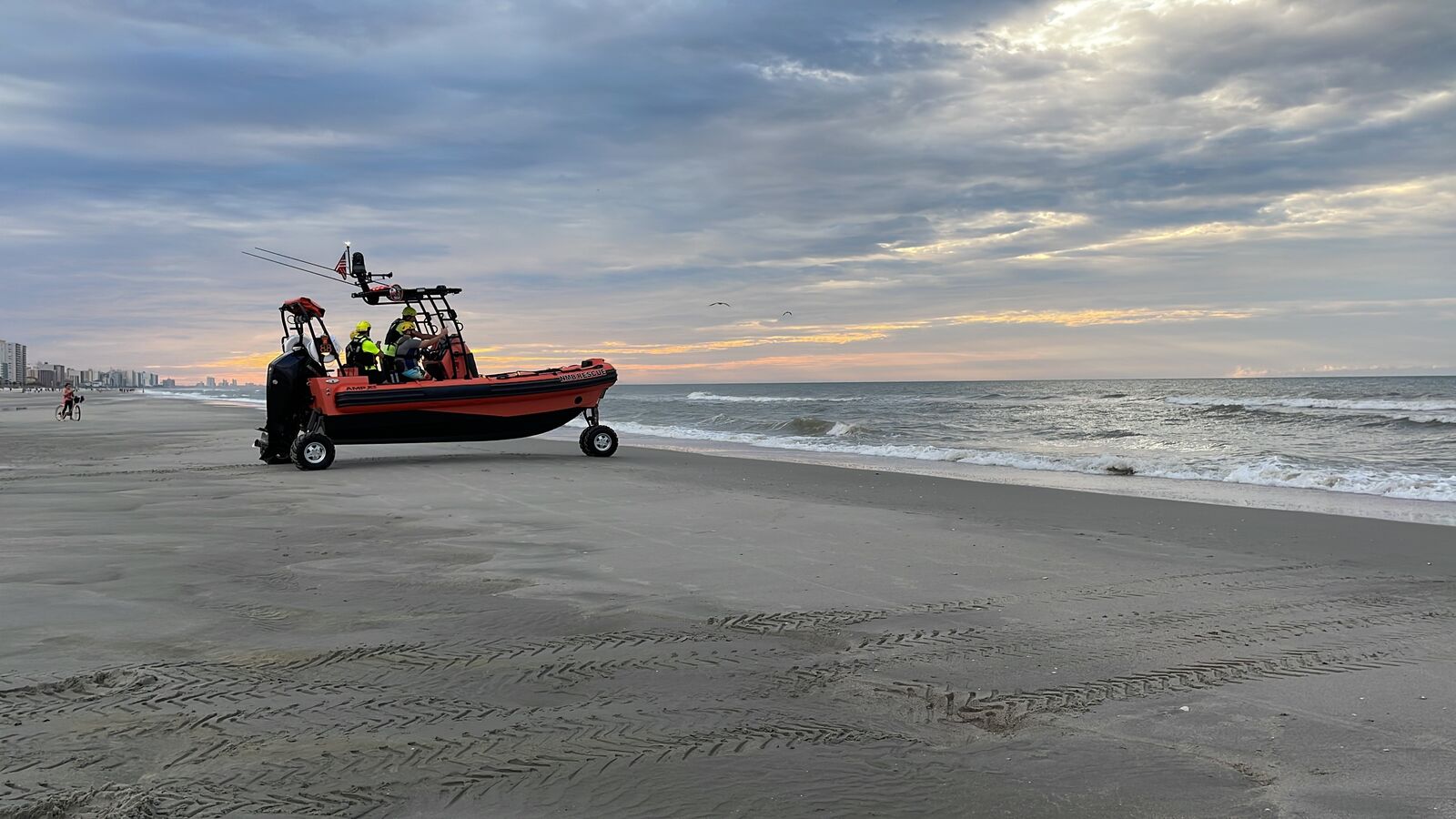 That's because it's a boat with wheels!

The North Myrtle Beach Rescue Squad revealed its new Amphibious Search and Rescue Boat Tuesday. It's the first of its kind being used for ocean rescue in America.

You can raise and lower its wheels, similar to an airplane during takeoff and landing. That means the vessel can drive directly into - and out of - the surf, greatly improving emergency response time.

The North Myrtle Beach Rescue Squad is a group of volunteers who help with water rescues. They purchased the Ocean Craft Marine amphibious boat through donations and fundraisers.

You're invited to the boat christening, which will be Monday, August 8 at 4 p.m. at the Intracoastal Waterway's 2nd Avenue South boat ramp in North Myrtle Beach.