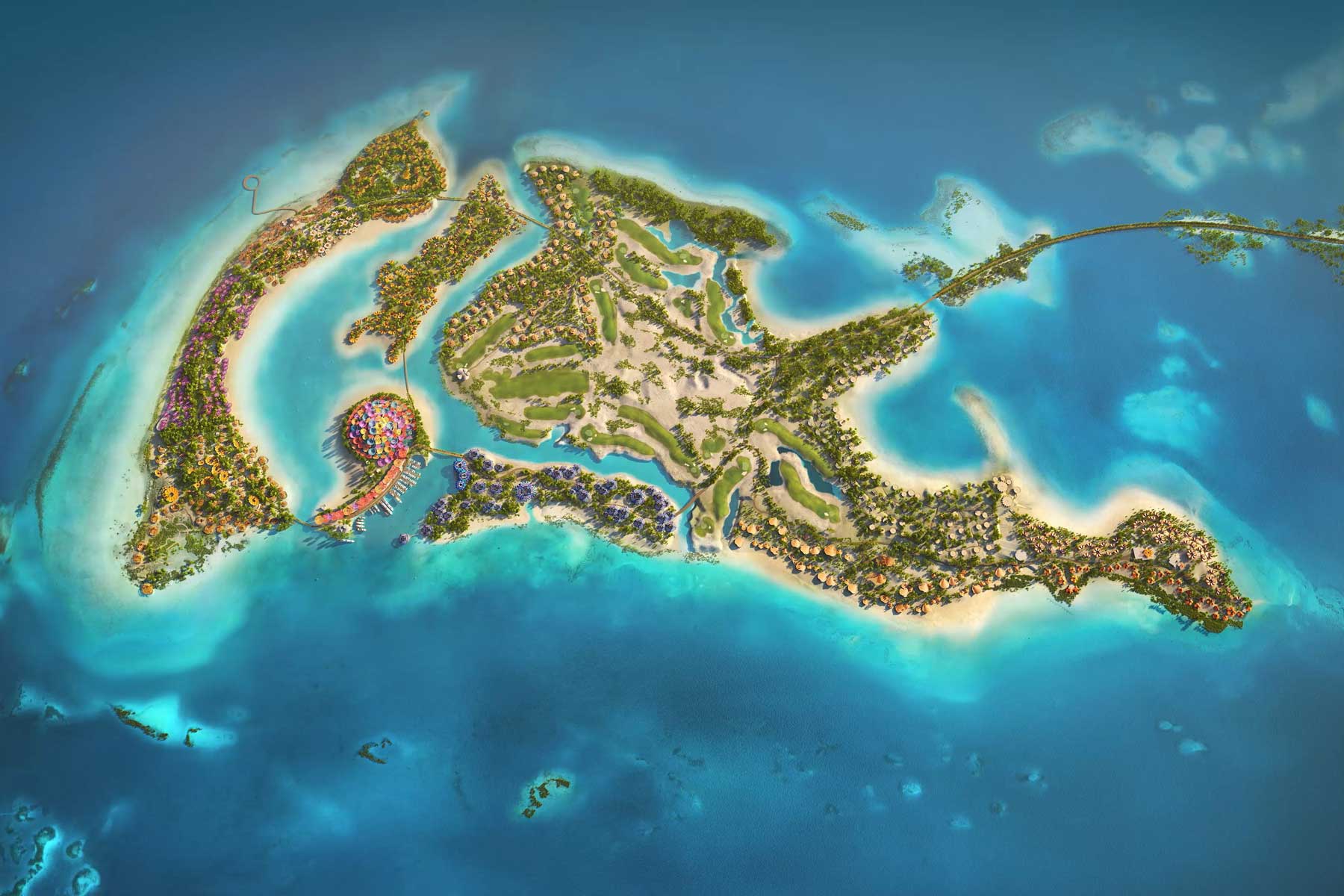 Saudi Arabia - This Jaw-dropping Archipelago Is Set to Open in 2022 With Stunning Beaches, Desert Dunes, and Volcanoes

The Red Sea Project, a multi-island resort development in Saudi Arabia, is proposing a step forward for sustainable hospitality.

A new "giga resort" is aiming to put Saudi Arabia back on luxury travelers' radars. Comprising 50 hotels — the first of which will open in 2022 — across an archipelago roughly the size of Belgium, The Red Sea Project is set to be the world's largest destination powered solely by renewable energy. With plans to achieve a 30% net conservation benefit by 2040, it doesn't just want to preserve the local environment, it also seeks to enhance it.

It's an ambitious goal for a project of this size. When fully completed in 2030, The Red Sea Project will boast 8,000 hotel rooms, 1,300 residential properties, and amenities across 22 islands. Energy will be generated from solar panels and wind turbines, fed into what will be the world's largest battery storage facility. This is just one of Saudi Arabia's many "giga" developments supported by the Vision 2030 program, an initiative designed to boost tourism and diversify the economy away from oil dependency.

As pioneering as it sounds, only 1% of the 17,400-square-mile expanse will be developed. With white-sand beaches, sweeping desert dunes, dormant volcanoes, mountain ranges, and the world's fourth-largest barrier reef system, the archipelago is a natural draw for outdoor enthusiasts. The project's lofty conservation efforts, ranging from exploring 3D-printed coral technologies to carbon-sequestering marine algae farms and mechanical trees, aim to keep it that way.

"We are acutely aware of our responsibility to protect this pristine environment and adopted stringent measures from the very beginning," says John Pagano, CEO of The Red Sea Development Company. "Careful selection of areas for development is one of the key ways in which we will achieve this. We're leaving 75% of our island archipelago untouched and designating nine islands as special conversation zones."