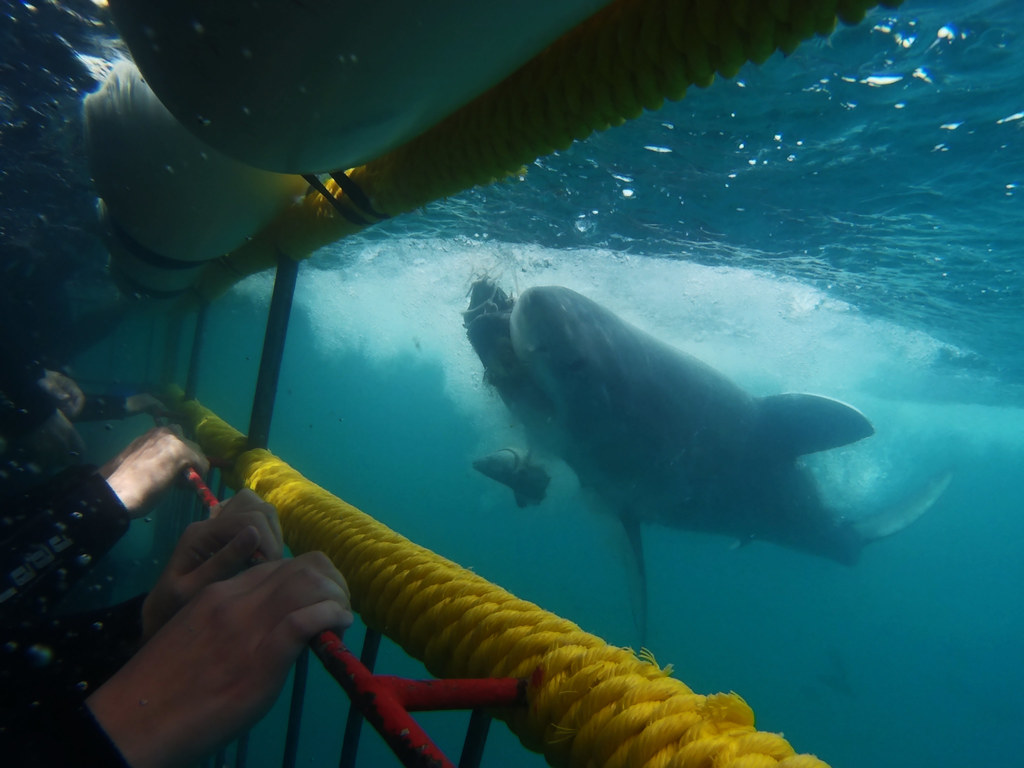 Key ocean predator’s disappearance from Dyer Island Nature Reserve is impacting everything from conservation efforts to the local tourism industry.

The Dyer Island Nature Reserve, which lies roughly 8 kilometers off the South African coast near Gansbaai, has historically been home to one of the densest populations of remaining white sharks on the planet. But now, they seem to be gone.

The largest predatory fish in the ocean, the species is already in steep decline: Its global population has dropped an estimated 30 to 49 percent since the late 1800s, earning the white shark a “vulnerable” designation on the International Union for the Conservation of Nature (IUCN) Red List. Now, their perceived absence from the Dyer Island Nature Reserve Complex gives a small taste of what can change, should they disappear completely.

The Nature Reserve includes Dyer Island and a rocky outcrop called Geyser Island to its southwest, separated by a sandy bottom channel known as Shark Alley. The reserve hosts a plethora of marine life, fed by the nutrient-rich Benguela Upwelling Ecosystem, one of the most productive areas of ocean in the world. The system nourishes microscopic phytoplankton and seaweeds, luring Cape anchovy and pilchards that in turn attract seabirds and seals.

There are about 60,000 Cape Fur Seals on Geyser Island. They attract what has arguably become Dyer’s most popular visitor: great white sharks. Tourism boomed on the back of these riches from the sea, and nearby Gansbaai became a shark-cage diving hotspot after the great white was declared a protected species in South Africa in 1991