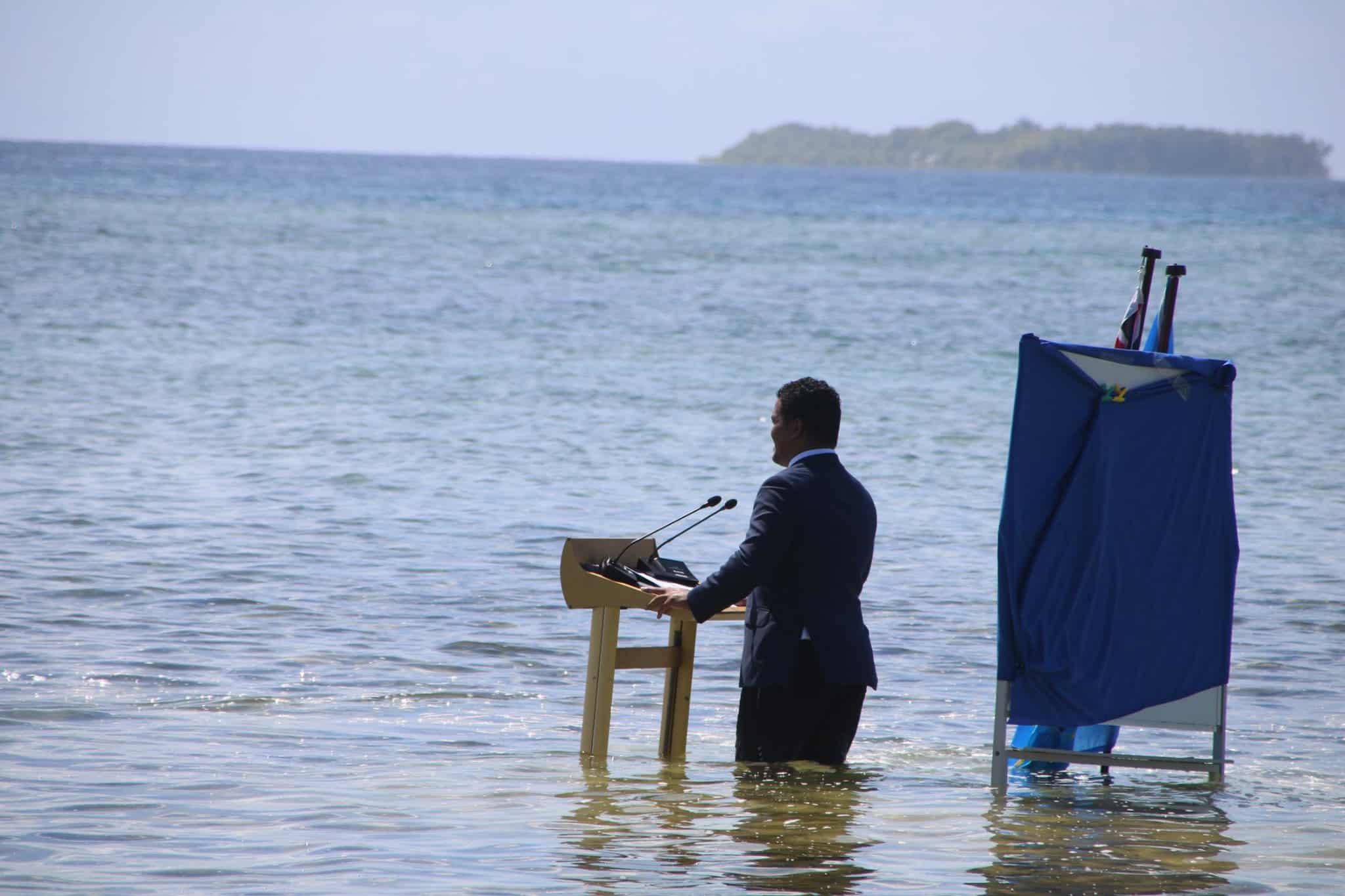 S. Pacific - Tuvalu Island Turns to Metaverse as it Disappears

Tuvalu, a small island nation in the South Pacific, has announced plans to digitally replicate itself in the metaverse. A full-scale digital version of the microstate will be built amid fears that Tuvalu will be entirely submerged by rising sea levels before the end of the century.

Kofe told members of the summit: “Our land, our ocean, our culture are the most precious assets of our people and to keep them safe from harm, no matter what happens in the physical world, we will move them to the cloud.”

The question is if Tuvaluans can cope with future climate catastrophes in the real world by escaping to a virtual home in the metaverse?

Tuvalu consists of three reef islands and six atolls (ring-shaped islands). According to some scientists, rising sea levels threaten to wipe them off the map. The most pessimistic projections are that the islands could disappear within the next 50 to 100 years.

At high tide, up to 40% of the capital district in the city of Funafuti can be underwater.

Rising waters also threaten the country’s access to sustenance. Researchers have predicted that “increased soil salinization, coastal erosion, and seawater intrusion into freshwater ecosystems will lead to the higher vulnerability to food insecurity of Tuvaluans.”

Politicians from Tuvalu have been critical of the international community’s response to climate change. During last year’s climate summit, Simon Kofecommented that “It really comes down to countries — the big emitters — that need to act on this. But we will continue to push on, we will continue to advocate to, you know, reduce emissions moving forward.”

Kofe also appeared at last year’s climate summit. To highlight the risk of rising sea levels, he delivered a speech whilst standing knee-deep in the ocean.