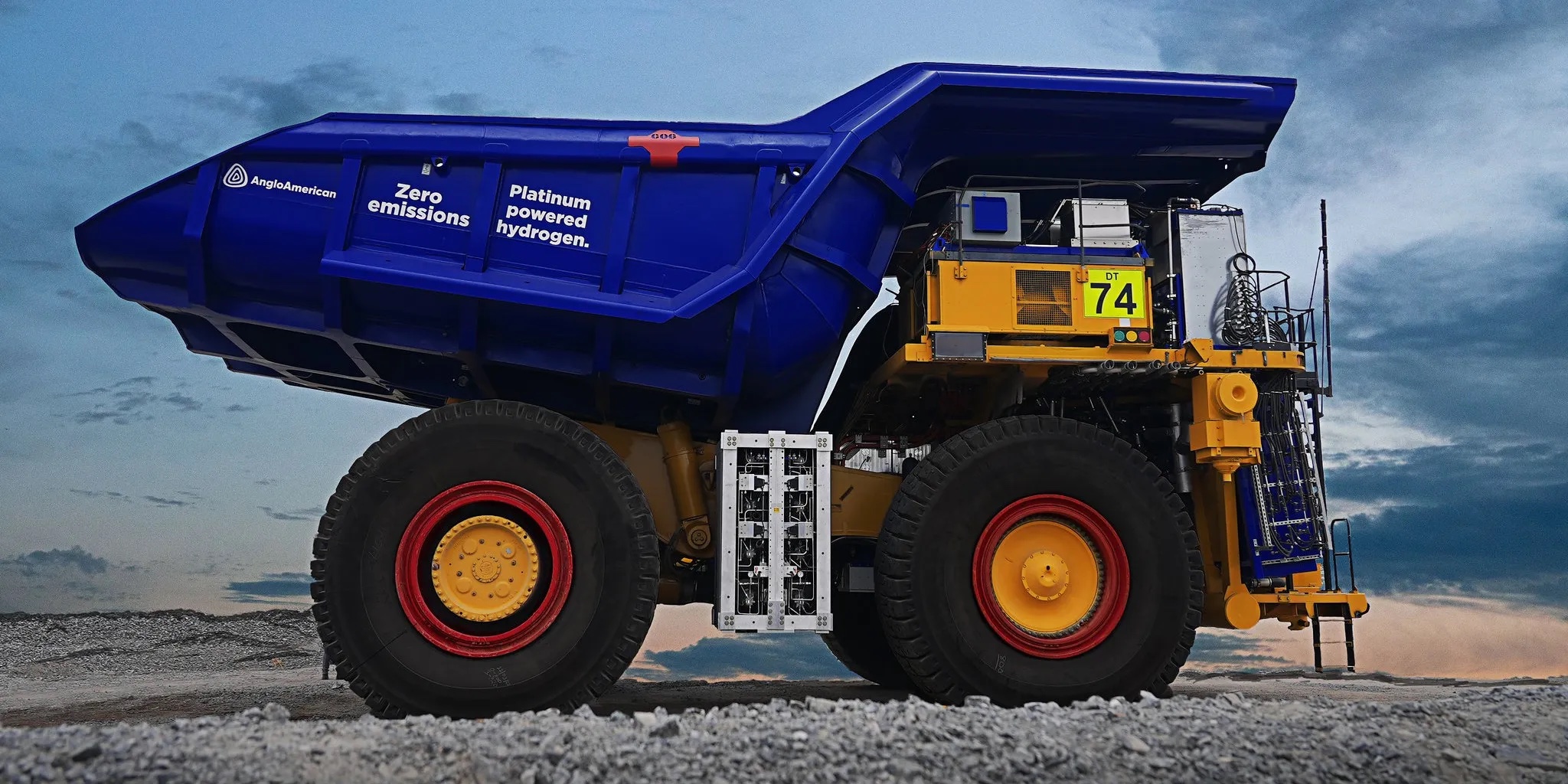 The 2 megawatt (MW) hydrogen-battery hybrid truck generates more power than its diesel predecessor and is capable of carrying a 290-tonne (320-ton) payload.

The truck includes a 1.2 MWh battery pack, as the haul truck system uses multiple fuel cells, which deliver up to 800kW of power.

It’s designed to operate in everyday mining conditions at its Mogalakwena PGMs mine in northeast South Africa. The mine is the world’s largest open-pit platinum group metals mine. Anglo American intends to replace a fleet of 40 trucks there that use around a million liters of diesel annually.

The truck is part of Anglo American’s nuGen Zero Emission Haulage Solution (ZEHS), a green hydrogen system at the mine site. The system will draw power from a solar farm to supply a hydrogen electrolyzer to split water, which will then provide the trucks with green hydrogen fuel.

The ZEHS project is expected to be fully up and running by 2026. It’s the first step in making eight of the company’s mines carbon neutral by 2030. The global mining company has set a target of getting all of its operations to net zero by 2040.

“People told us three years ago this is not going to happen, this is not a good idea. They are now beginning to take real notice,” Soles said at a presentation in the South African city of Polokwane. “The vision for us is to see this rolled out across our business and the mining industry. It’s Anglo’s choice whether to commercialize this.”