International
It's unclear what could happen to marine ecosystems if great whites aren't there to keep them in check.(Supplied: Chris Fallows/Chrisfallows.com) 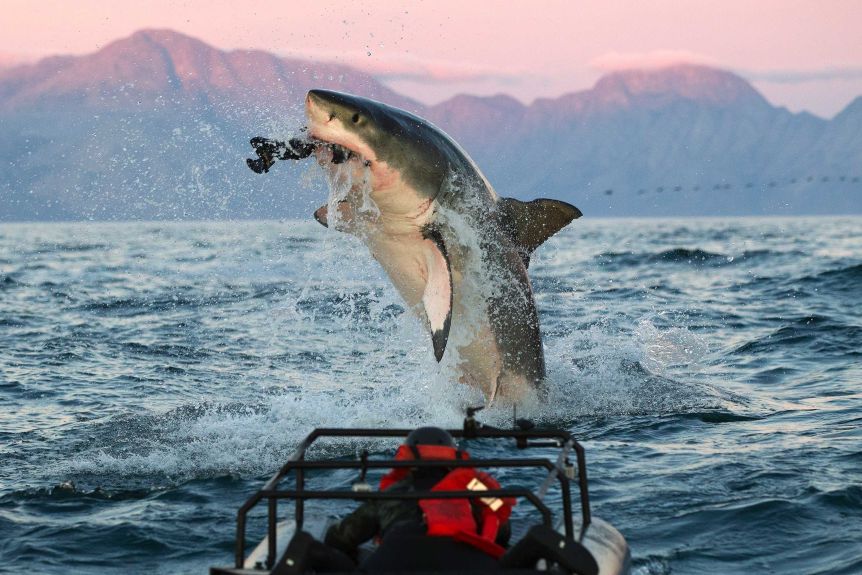 S. Africa - False Bay's great white sharks have vanished, and the answer may be in our fish and chips

Only a few years ago, scientists estimated there were between 300 and 500 great white sharks in South Africa's False Bay. Now, they have completely disappeared.

While local surfers might have relaxed, the absence of the apex predators is alarming to scientists, and the lucrative industries that rely on their presence.

"When the waters go quiet, both above and below the surface, and these predators are not there, it sounds huge alarm bells."

It's unclear what will happen to marine ecosystems if sharks aren't there to keep them in check.

Tamlyn Engelbrecht, research manager at local shark safety program Shark Spotters, has been studying shark activity at Seal Island, a rocky outcrop in the middle of the bay.

Home to a colony of over 64,000 Cape fur seals, it's always been a feeding ground to great whites — famous for "flying" as they breach the surface to attack.

"Already we've seen changes in other shark species, such as the bronze whalers and sevengills who have become more prevalent at Seal Island," she says.

"If it becomes a more long-term knock-on effect, it's unpredictable what will happen."