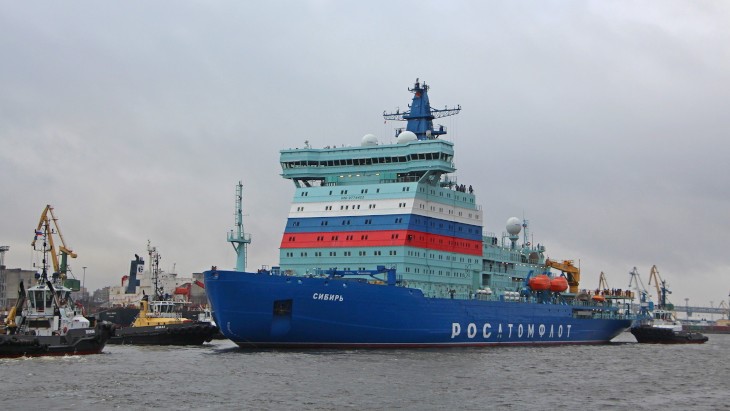 “On December 24, the ceremony of signing of the Delivery-Acceptance Act of the first serial universal Project 22220 Sibir nuclear-powered icebreaker took place in Baltic Shipyard, St. Petersburg,” the corporation said in a statement.

“It is clear that the Leader and other icebreakers will lead not only tankers and container carriers along the Northern Sea Route. The year-round navigation gives the Defense Ministry an opportunity to redeploy forces from the west to the east and back in a period of threat. It is important on the background of growing military ambitions of the United States and NATO. The Leader icebreaker is thus a major argument for Arctic claims,” Dandykin said.

After necessary documents are completed and preparations for the winter-spring navigation are made, the icebreaker will leave St. Petersburg for the port of Murmansk, according to the statement.

Universal nuclear-powered icebreakers Ural, Yakutia, and Chukotka are currently under construction at Baltic Shipyard too, with all of them named after Russia’s regions.

Project 22220 nuclear-powered icebreakers are to date the most powerful and the largest in the world. The ships ensure Russia’s leading position in the Arctic. The icebreaker is 173.3 meters (568.6 feet) long and 34 meters broad with a 33,500-tonne displacement.