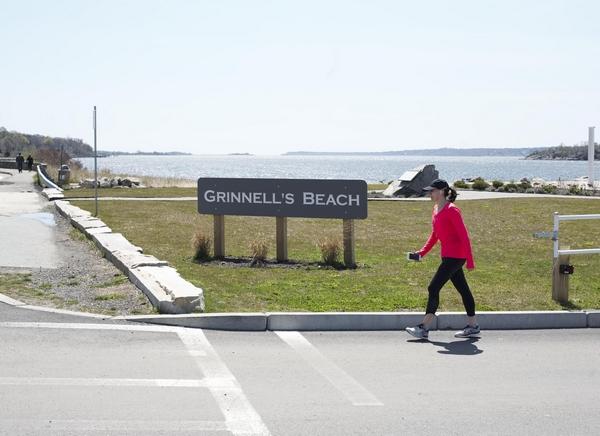 RI - While other Newport County communities have closed parking areas at beaches, those in Portsmouth, Tiverton remain open

A Portsmouth police officer on April 19 responded to the area of Island Park after receiving a complaint of a large group of people there.

The officer “observed many people outside on the sidewalks and on the beach,” Portsmouth Police Detective Lt. John Cahoon said in an email to The Daily News. ”[The police officer] spoke to individuals, asking them not to congregate in groups of 5 or more and reminded people to observe social distancing ...No group was told to leave.”

While seaside communities like Newport and Middletown snuffed access to town and city beaches, in line with Gov. Gina Raimondo’s announcement of state beach and state park closures on March 31 (effective April 3), towns like Portsmouth and Tiverton have opted to keep their beaches open.

“We haven’t seen an issue with it that hasn’t been easily dealt with through and by staff and police involvement,” Portsmouth Town Administrator Richard Rainer said in an email to The Daily News on April 20, when asked why town beaches remained open. “The one area where we did see consistent non-compliance with governor’s orders was the Dog Park, and we had to close it as a result.”