Northeast
The report by the Bureau of Ocean Energy Management considered the impacts of 17 federal wind-lease areas. (BOEM) 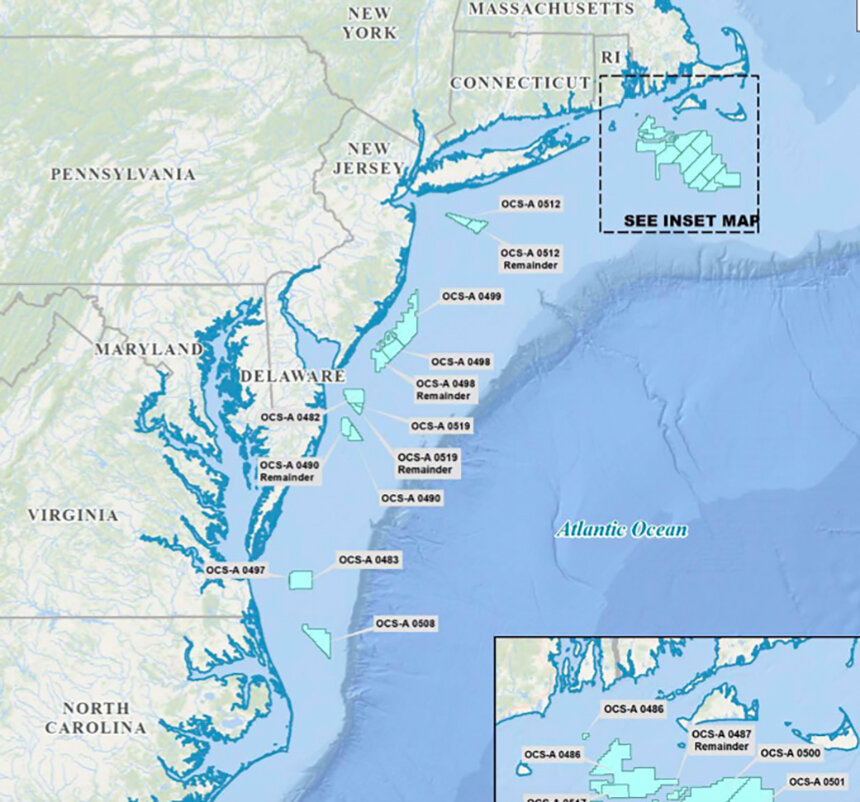 The long-awaited supplemental draft environmental report for the Vineyard Wind project was recently released, setting the stage for numerous offshore energy projects planned for the waters off the East Coast.

The draft environmental impact statement (EIS) was initially issued in December 2018. BOEM planned to complete the EIS by August 2019 but delayed it after the National Marine Fisheries Service and the National Oceanic and Atmospheric Administration called for a supplemental report to take into account the upsurge in offshore wind proposals. At the start of the federal review, 130 megawatts of construction plans had been submitted, but that figure quickly escalated to 22 gigawatts of offshore wind-energy potential.

“This expanded cumulative scenario is intended to better understand future impacts of the offshore wind industry while being responsive to the concerns of other ocean industries,” said Walter Cruickshank, acting director for the Bureau of Ocean Energy Management (BOEM).

The new report considered the cumulative impacts on fishing and coastal habitats of the proposed 84-turbine Vineyard Wind 1 project. Sea turtles, finfish, marine mammals, and bird and bats were included in the large geographic analysis. Other issues given consideration included environmental justice, recreation and tourism, and air and water quality.

An ongoing issue with commercial fishermen has been the width of travel lanes within the turbines. A Massachusetts and Rhode Island Port Access Route Study recommended diagonal lanes of 0.6 to 0.8 nautical miles wide. Several scenarios with wider spacing are considered in the latest report, including a proposal put forth by the fishing advocacy group Responsible Offshore Development Alliance (RODA).