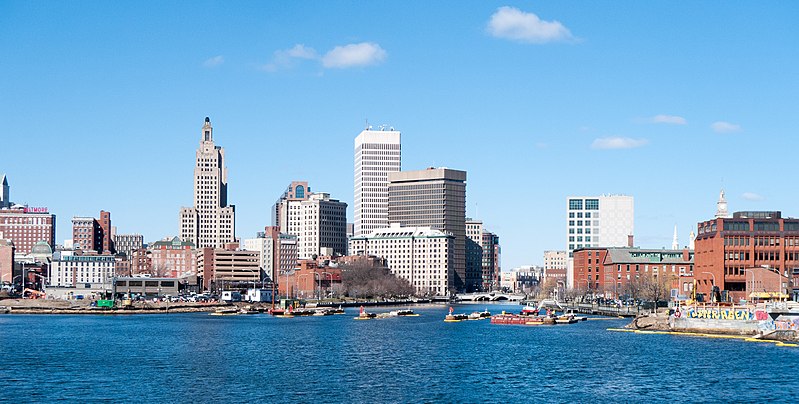 The University of Rhode Island and the newly-formed Providence Resilience Partnership are mobilizing business and civic leaders in the city of Providence to advocate for urgent action on infrastructure improvements in response to the growing threats from climate change.

A report written by Pam Rubinoff, associate coastal manager for URI’s Coastal Resources Center and Rhode Island Sea Grant, identified numerous vulnerabilities the city faces, including risks from storm surge, sea level rise and extreme rain events, that will increase in the next decade to unmanageable levels without immediate action.

“One of the key findings is that the city’s vulnerabilities affect different places and different people in different ways,” said Rubinoff. “The port area will face increasing concerns from storm surge; downtown is the lowest lying area and is already facing nuisance flooding that’s going to get worse; and the Woonasquatucket River is facing a variety of watershed and riverine issues. Social systems are at risk, small businesses are at risk, and infrastructure is at risk.”

The report combines information from dozens of previous studies and identifies topics that require further examination. It notes, for instance, that the lack of a single predictive flooding model that incorporates future climate conditions—like increased precipitation, coastal and river flooding, and rising seas—together with the hurricane barrier dynamics is an impediment to data-driven investment and decisions.

“Building resiliency means learning to manage the risks climate change will bring; it means learning to act rather than react to what we know is coming. It starts with assessing vulnerability and proceeds with taking action to limit the risks,” Rubinoff said. “The research revealed the broad and deep work already completed by city and state governments, from advocacy groups and in communities. This report synthesizes these resources and provides a foundation to build upon.”

The Providence Resilience Partnership was born from a forum of business and civic leaders hosted by URI and Brown University in 2019. Discussion about the city’s vulnerabilities inspired many of the attendees to form the partnership and mobilize the city to respond to the impending threats.