Northeast
The South Quay, highlighted by the lavender rectangle, was created four decades ago by the infilling of the Providence River. via East Providence Waterfront Commission 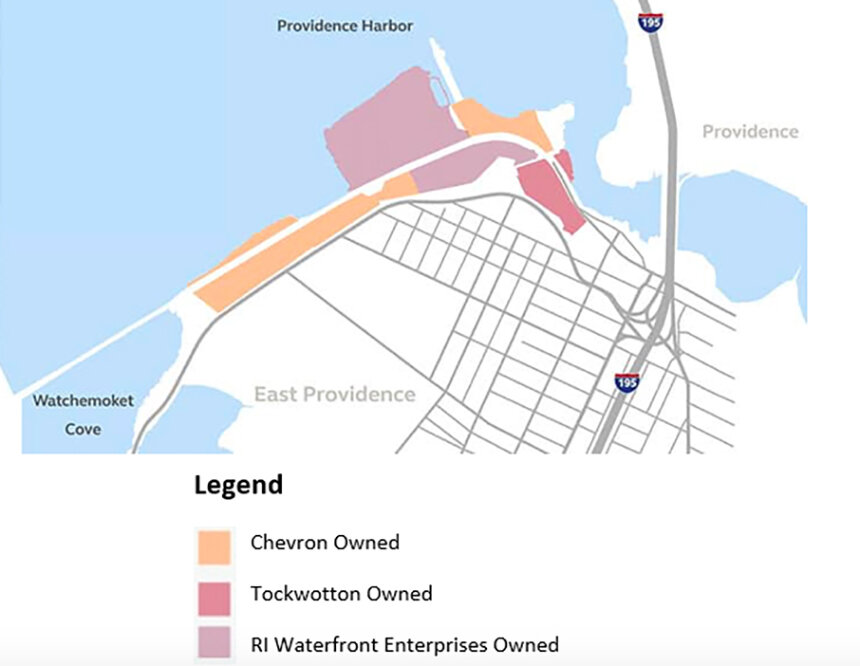 Among the proposals being embraced by the governor is a taxpayer-supported project proposed for a controversial waterfront site in East Providence.

The rectangular outcrop into upper Narragansett Bay known as the South Quay is considered one the most regrettable approvals by the Coastal Resources Management Council. In 1976, the Providence & Worcester Railroad received authorization from the state waterfront zoning board to infill 36 acres of Providence Harbor for a rail and shipping port. The tidal area was supplanted with stone and gravel, but the prominent artificial site sat idle for decades as proposals to build the wharf came and went.

In 2003, the parcel was placed under the jurisdiction of the East Providence Waterfront Special Development District and marketed by the city for commercial development. The Providence & Worcester Railroad sold the property to RI Waterfront Enterprises LLC in June 2019 for $4.5 million.