Northeast
Warmer temperatures have led ctenophores to be more prevalent earlier in the spring and later in the fall. via iStock 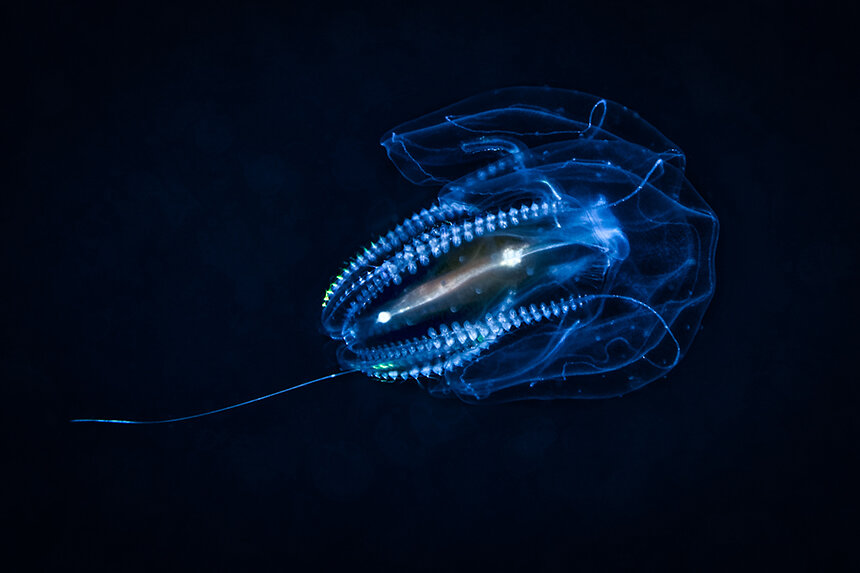 Impact on fish populations is a concern

Nearly 50 years of weekly trawl surveys in Narragansett Bay have revealed changes in the seasonal activities of ctenophores — small, non-stinging, jellyfish-like creatures — that have implications for the health of the bay’s fish populations.

Scientists at the University of Rhode Island and Rutgers University report in the Journal of Plankton Research this month that while numbers of the ctenophore Mnemiopsis leidyi haven’t increased, as had been speculated, higher temperatures in the bay have led them to be more prevalent earlier in the spring and later in the fall than previously observed.

And because they feed voraciously on copepods — zooplankton near the bottom of the food chain, upon which many young fish feed — they are likely limiting the amount of food available to larval fish. Ctenophores also eat fish eggs and some larval fish, which also could impact fish populations.

Barbara Sullivan-Watts, emerita marine research scientist at URI’s Graduate School of Oceanography and an adjunct professor of biology at Providence College, who manages the survey data, calls ctenophores “big bags of water that aren’t terribly nutritious, so very few predators will eat them.”

Rather than using venom to capture prey, ctenophores use sticky cells like flypaper to subdue potential victims. They propel themselves by waving tiny comb-like cilia — hence their nickname, comb jellies — and they are bioluminescent, which makes them glow in warm temperatures.

The animals have been collected from the same location in Narragansett Bay nearly every week since 1972 using a cone-shaped net that is pulled by hand from the bottom of the seafloor to the surface. The work was started by the late Ted Smayda, an international expert on plankton at the Graduate School of Oceanography, and continued by Sullivan-Watts. It’s one of the longest-running quantitative plankton studies in coastal waters in the world.