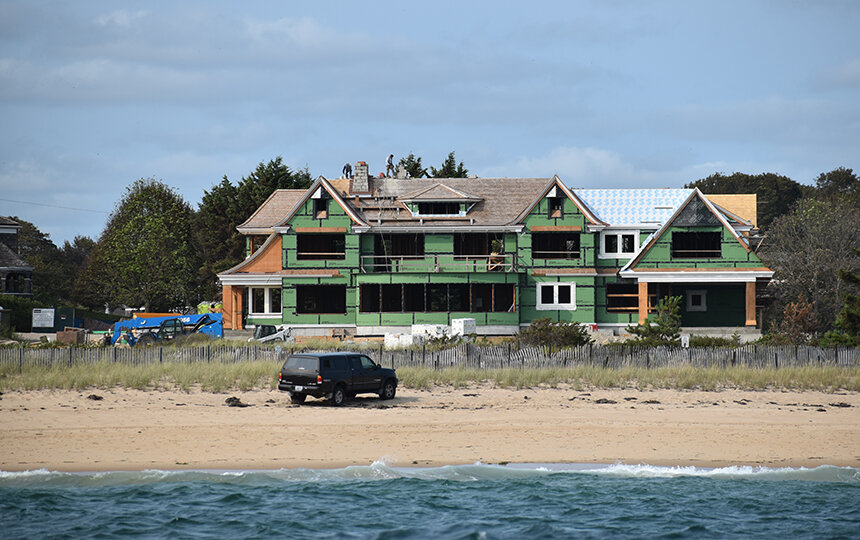 The Ocean State’s famous shoreline is shrinking, putting vital infrastructure at risk and drowning essential ecosystems. If we don’t adapt, the future will be all wet.

The most violent and destructive natural disaster in New England recorded history forever changed Rhode Island’s coastline. In the eight decades since, the state’s iconic shoreline has continued to shift. It’s been pummeled by other major weather events, eaten away by slow and steady erosion, and dogged by the climate crisis.

Rhode Island’s modern-day shoreline transformation began in earnest on a Wednesday afternoon 83 years ago, when the “Great New England Hurricane” ripped through an unsuspecting populace and its built-up shoreline.

In a series titled Shifting Sands, we talk to those who have witnessed, documented, and studied the reshaping of the state’s shoreline during the past eight decades.

What have they seen? What do the changes mean? How have they been impacted? What does the future hold? These are some of the questions we will address in this 22-week series. This story examines the issue from a board perspective, while some of the other stories will focus on the personal experiences of those who have lived, worked, and played on and around Narragansett Bay, Block Island Sound, the Atlantic Ocean, and the rest of the estuarine, tidal, and marine waters that make this the Ocean State. Other stories will address coastal-related issues.

The Biggest Little is shrinking
The state’s collection of popular beaches, windswept bluffs, and historic waterfronts in 21 coastal municipalities doesn’t look like it did before the hurricane of 1938 came steaming ashore, striking at the exact moment the highest high tide of the year was peaking.

The hurricane’s triple threat of wind, rain, and waves turned downtown Providence into a 17-foot-deep lake and inundated 3 miles of industrial waterfront. The state’s barrier beaches, crowded with homes, were wiped out.

Rhode Island, which is mostly at sea level or 10-30 feet above, is the second-most densely populated state, behind New Jersey, and its considerable coastline is once again crowded with homes, cottages, second homes, businesses, structures to hold back the sea, residents, and tourists.