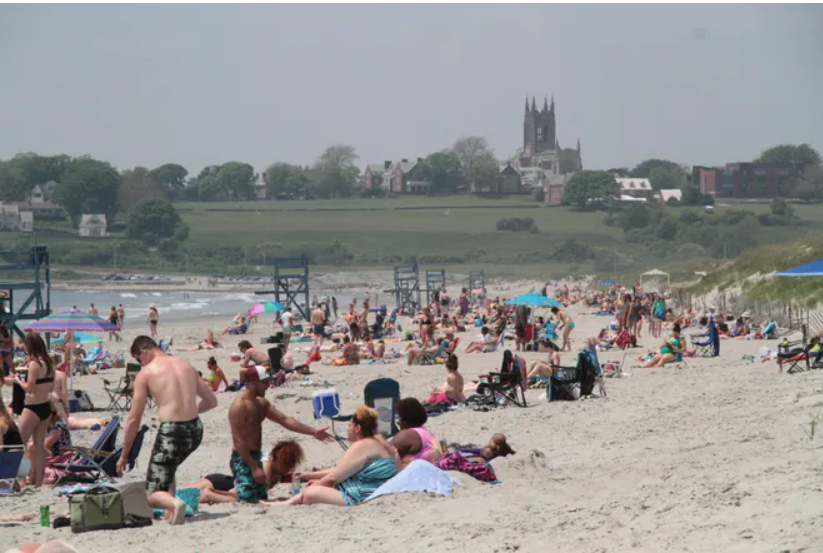 RI - Middletown Leaders Primed to Give Residents Priority at Beaches, Even if It Means Drop in Revenue

MIDDLETOWN — It looks like Middletown residents will have their family-friendly beaches for a second straight summer.

At a special online meeting Thursday, the Town Council did not make any formal decisions on the handling of the summer of 2021 at Second and Third beaches. However, based on the tenor of the discussions and repeated comments, there was clear momentum to gear both beaches to local residents — even if there’s slippage in revenue.

At the end of the wide-ranging discussion, Town Administrator Shawn Brown was asked to report back to the council with his recommendations at the group’s Feb. 1 meeting. The council pledged to vote on the matter that evening or no later than its Feb. 15 session.

“We’re all rowing in the same direction and we all have the same desires,” council President Robert Sylvia said in a town press release. “I think the most important desire is that this is a Middletown beach, we try to make it as Middletown friendly as possible. This is our residents’ beach. This isn’t a commercial beach. This isn’t Six Flags. This isn’t someplace like Coney Island, where we’re bringing people in, where we’re soliciting people to come in. This is a family beach and I think last year proved it out.”

Leading into tonight’s session, Brown and town staff met with the Beach Commission and other players to get input on the proposal, which was unveiled for the first time Jan. 4. They said most of the feedback was positive and welcomed the idea of making Middletown’s beaches family friendly first.