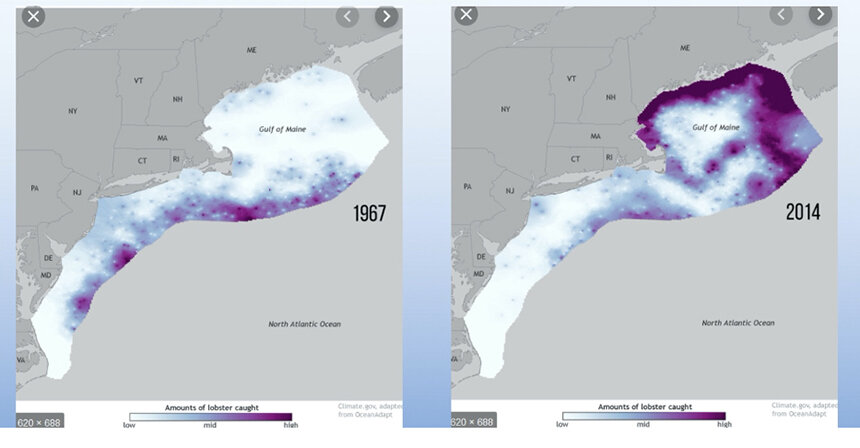 If present trends continue, by the end of the century, the cost of global warming could be as high as $1 billion annually for Providence County alone, according to data from a 2017 research paper.

But, before we talk about the future, let’s discuss the economic damage that has already occurred in Rhode Island because of warming temperatures.

Like rich Bostonians, Rhode Island’s lobsters have moved to Maine. In 2018, Maine landed 121 million pounds of lobsters, valued at more than $491 million, and up 11 million pounds from 2017. It wasn’t always so.

Andrew Pershing, an oceanographer with the Gulf of Maine Research Institute, has noted that lobsters have migrated north as climate change warms the ocean. In Rhode Island, for instance, days when the water temperature of Narragansett Bay is 80 degrees or higher are becoming more common. From 1960 to 2015, the bay’s mean surface water temperatures rose by about 3 degrees Fahrenheit, according to research data.

He told Science News last year that with rocky bottoms, kelp, and other things that lobsters love, climate change has turned the Gulf of Maine into a “paradise for lobsters.”