Northeast
Work continues on establishing an access path for fishermen from the DEM lot off of Weekapaug Road on Monday, January 4, 2021. The previous path used crossed the lot of the private Fire District Beach lot. The new path closely parallels the breakaway. Harold Hanka, The Westerly Sun 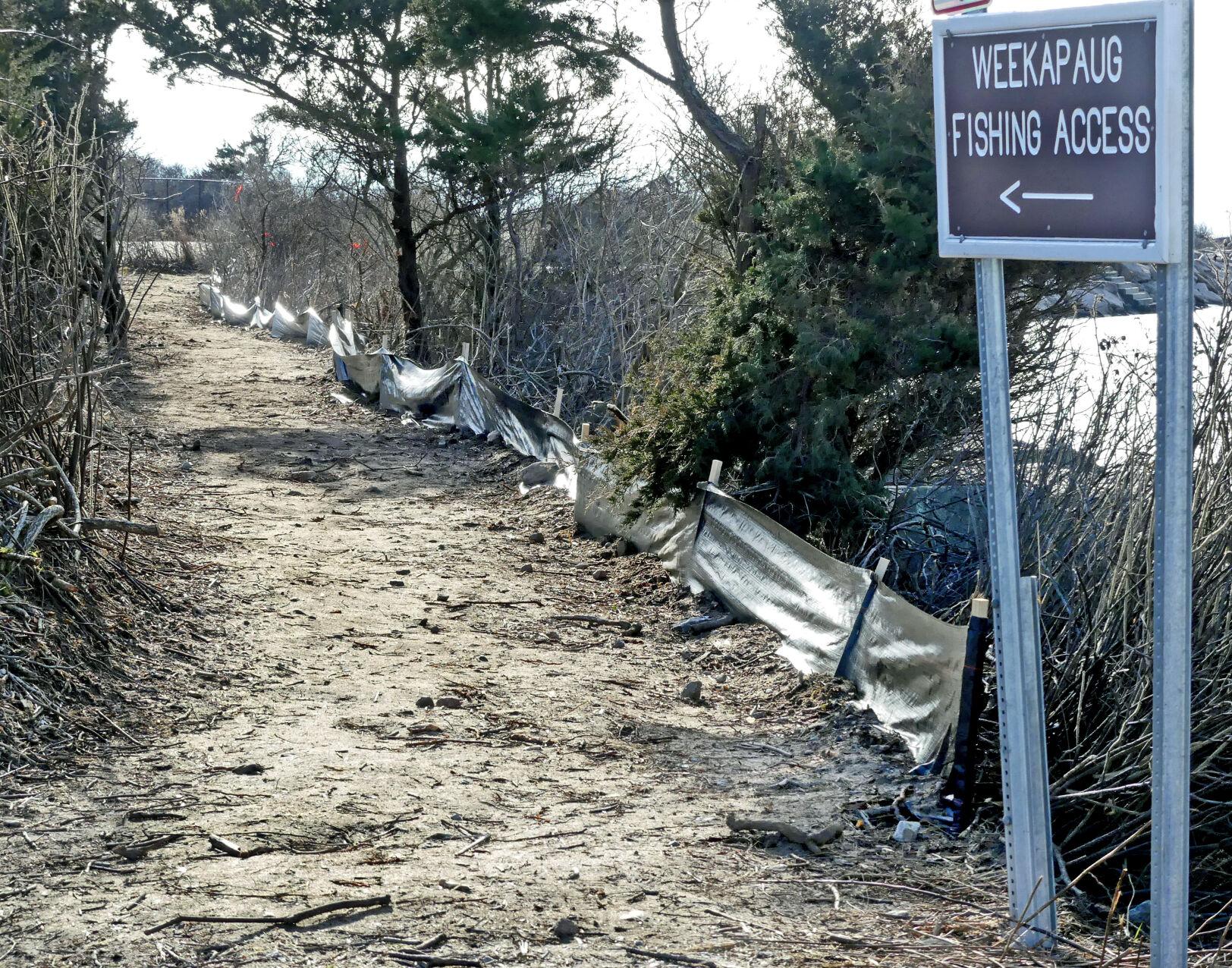 RI - 'It's getting out of control': Washington County residents sound off on beach access to state legislative committee

The ocean and the beach are parts of the identity of people who live in Rhode Island, even those who cannot afford beach front property, said Patricia Almeida, of Charlestown.

WOOD RIVER JCT. — The measurement approach suggested by a landmark court decision is useless to determine where the public portion of the beach begins, rights of way or paths to the shoreline are often blocked and are hard to reach, and enjoying the beach is more difficult than ever, residents of Washington County told a state committee Wednesday.

About 60 residents gathered Wednesday for a meeting conducted at Chariho Middle School by a special legislative committee formed to study coastal access rights in Rhode Island. Residents of Westerly, Charlestown, Narragansett, and members of the Narragansett Indian Tribe described problems in those towns as well as in South Kingstown, Middletown  and Newport. They pleaded for and sometimes demanded action by the committee.

"We need a well-defined boundary to distinguish between public and private property. One that is easy to explain in layman's terms and by visual inspection," said Cinna Zerquera-Martin, who chairs the town of Narragansett's Coastal Access Improvement Committee.

The state constitution guarantees residents of the state a right to gather seaweed, pass along the shore, and to fish and swim, but the vexing problem is figuring out where private property ends and where the public area begins.

The current boundary, called the mean high-tide mark, is derived from a state Supreme Court case that originated with a trespass arrest made in Westerly in the 1980s. Those in attendance Wednesday said the mean high-tide mark, which is calculated based on 18.5 years worth of data, was never a good measure because it is always based on old information. Erosion, sea-level rise, and natural changes to the dynamic coastline also render the measurement inadequate, many who addressed the committee said.

Many of the speakers told of being harassed by private property owners accusing them of trespassing even when they were in the water or other areas that were clearly public.

Beach access is an issue of particular poignancy for the Narragansett Indian Tribe.

"As a Narragansett tribal elder, I find it very ironic that people are here tonight standing up and fighting for greater access to the beach when it was stripped from my people. We have no access whatsoever," said Bella Noka, a Narragansett Indian Tribe tribal elder.

Noka said she has been harassed while conducting tribal ceremonies, including one following the death of her mother.

"I would not dare interrupt services in a mosque, temple or church," she said.

The ocean and beach are traditionally sacred places, Noka said. She encouraged those in attendance to unite.

Jennifer Krekorian, a South Kingstown resident, said the walk she enjoyed as a child from East Beach in Westerly to the Watch Hill Light House is no longer possible because of large stones placed at the base of Taylor Swift's mansion.

"This sort of attitude of ‘I own a big fancy house and you can’t access the shore,’ it’s getting out of control,” Krekorian said.

Rights of way or paths to the shore are blocked or monitored by security, Krekorian said.

Jed Thorpe, access coordinator for Save the Bay, encouraged lawmakers on the committee to pass a proposed bill that would decriminalize trespassing along a 10-foot swath of the Rhode Island coast. The bill was proposed by state Rep.  Terri Cortvriend, D-Portsmouth, who is chairing the special legislative committee.