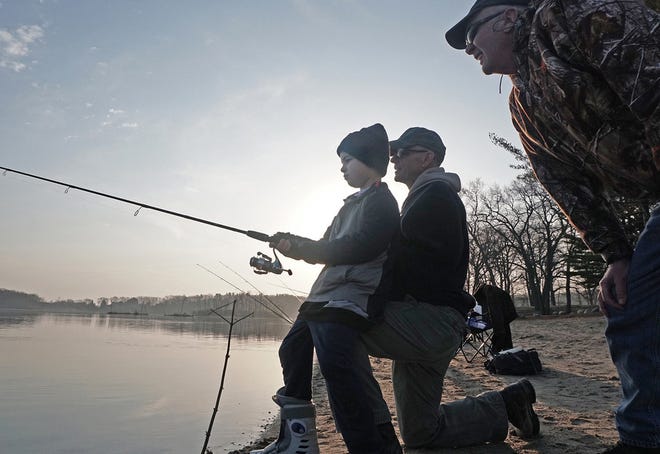 “Anglers who fish the Block Island Wind Farm say it has been beneficial for fishing.” said a study published in Marine Policy, an international journal of ocean affairs.

“Interview findings revealed anglers’ enjoyment of the offshore wind farm as an enhanced fishing location, due to catch and non-related aspects of the experience. ...  Respondents also value the wind farm as symbolic of progress toward green energy.” said study authors Tiffany Smythe of the U.S. Coast Guard Academy, and David Bidwell and Grant Tyler of the University of Rhode Island.

An advanced online copy of the May, 2021 issue of Marine Policy can be found here.

In public hearings surrounding Northeast offshore wind farms, the Coast Guard has repeatedly said it will not restrict fishing around or in wind farms. And developers have said they do not have the jurisdiction — or desire — to restrict fishing in and around their wind farms. I am not aware of any fishing restrictions that have occurred at the Block Island Wind Farm since it became operational in December 2016, except during limited maintenance periods to ensure work crew and boater safety.

The Department of Environmental Management announced that Rhode Island trout-stocked lakes, ponds, rivers and streams will open for fishing at 6 a.m. Wednesday, April 7. The season is opening earlier this year to eliminate the large crowds that often accompany the traditional Opening Day of trout fishing season in April.

“We’re excited to welcome anglers to our state’s beautiful freshwaters this spring to experience the thrill of reeling in the first trout of the season,” said the DEM's director,  Janet Coit.