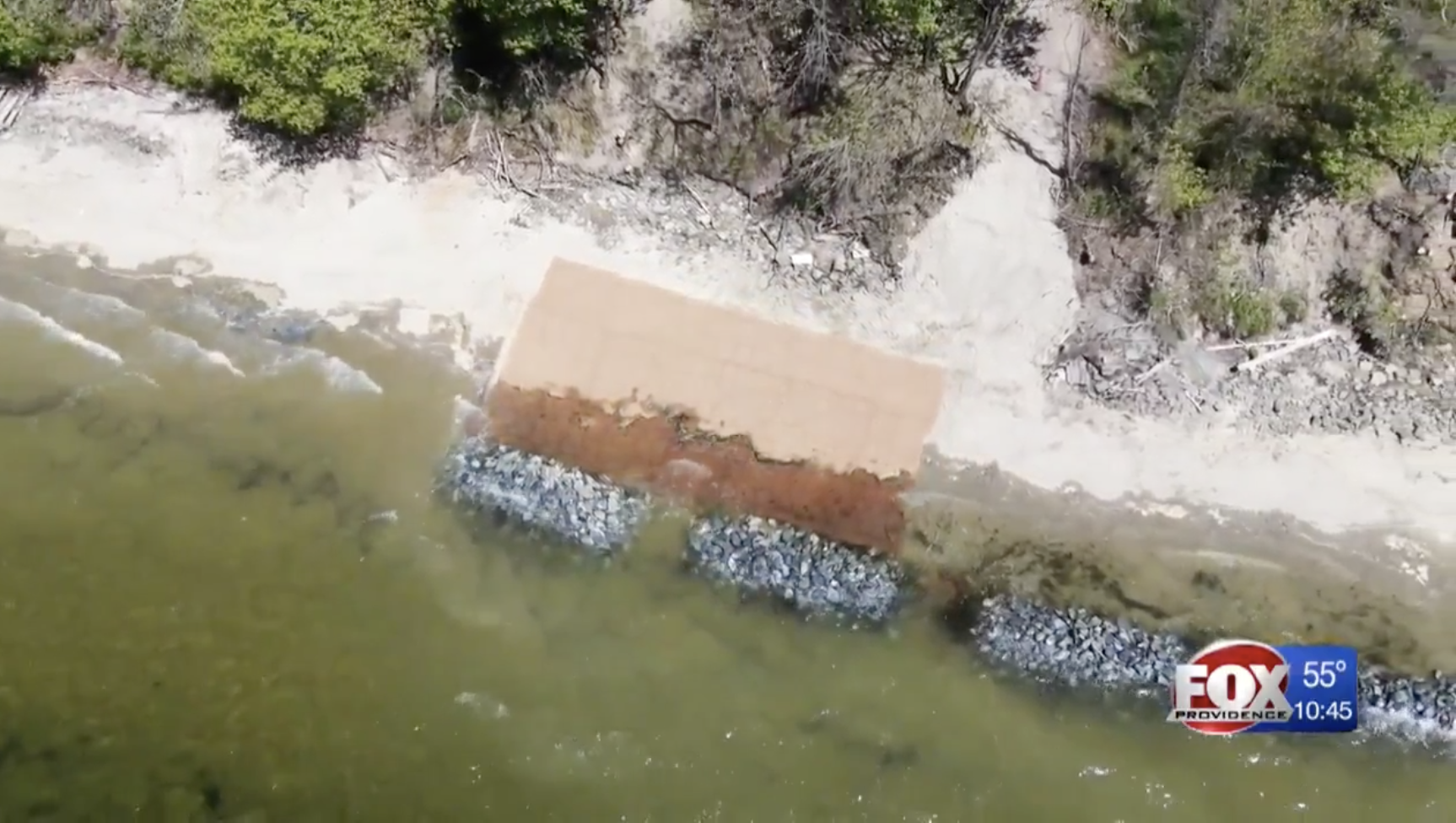 EAST PROVIDENCE, R.I. (WPRI) ─ Erosion has worn down the bluffs that rise just behind the water at Rose Larisa Park in East Providence. Tim Mooney of the Rhode Island Nature Conservancy tells Eyewitness News the reason for that is the failure of a manmade sea wall that was built there.

“What we are trying to figure out is whether nature-based solutions would be more effective at controlling coastal erosion than the concrete wall and sheet piling,” he said.

These nature-based solutions can include logs made of coconut fiber and biodegradable material that can be shaped into whatever’s necessary.

“Some of them are in the form of a blanket that will protect salt marsh plants,” Mooney explained.

Native vegetation will also be planted along part of the bluff. Near the southern boundary of the park, Mooney said a combination of stone, sand and salt marsh plants will reinforce the protection.

While projects like this one are now common nationwide, Mooney said this is one of the few that are taking place in New England.