Northeast
Waves crash on a seawall new the high school in Hull, Massachutes in 2011 during Hurricane Irene. (Photo by Gary Higgins, Patriot-Ledger) 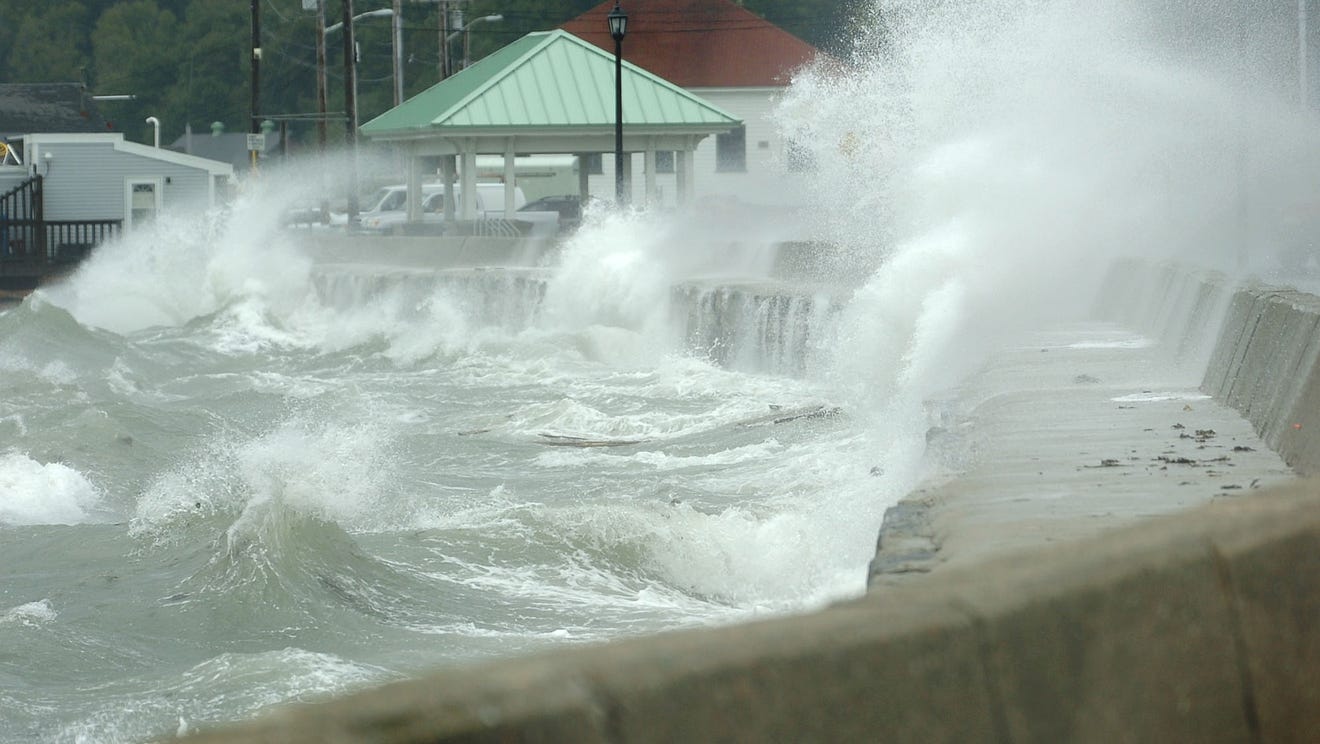 If a major flood happened tomorrow, hundreds of thousands of homes, commercial buildings, roads and critical infrastructure across New England are at risk of damage, according to a new report by the First Street Foundation. And the dangers are only expected to grow over the next 30 years.

First Street's "Infrastructure on the Brink" report, released Oct. 11, is thought to be the first ever nationwide assessment of flooding vulnerability. The report looks at how flooding impacts society as a whole, gauging not only risk for homes and businesses, but also roads and critical infrastructure, like hospitals and power plants, and social infrastructure, like schools and churches.

The report analyzes "operational risk," which First Street defines as when a structure is flooded to the point where it can no longer function as intended or becomes unsafe.

Matthew Eby, executive director of the First Street Foundation, said the numbers "just kind of blew us away." According to the report, 25% of the nation's critical infrastructure is currently at risk of becoming inoperable because of flooding.

Massachusetts' Suffolk County – comprised of Boston, Chelsea, Revere and Winthrop – made First Street's national list of the top 20 counties expected to see the largest increase in flood risk over the next 30 years.

"Our data really provides the baseline of that risk screening so you can understand as a community where risk is," said Eby. "Is it in our roads, homes, or critical infrastructure? And then you have to decide what’s acceptable. Is it acceptable that Suffolk County has (more than) 18,000 properties that have a 1 in 4 chance of flooding over the next 30 years?"

The risks extend all across New England.

In coastal Hull, Massachusetts, for example, 68.6% of its residential properties are at risk of water reaching their buildings and 67.1% of the town's roads are at risk of becoming impassable, according to the report. Both Providence and Pawtucket, Rhode Island have more than 30% of roads possibly endangered.

In Gardiner, Maine, located on the Kennebec River, 100% of the town's critical infrastructure, like utilities and emergency services, is in danger of becoming non-functional.