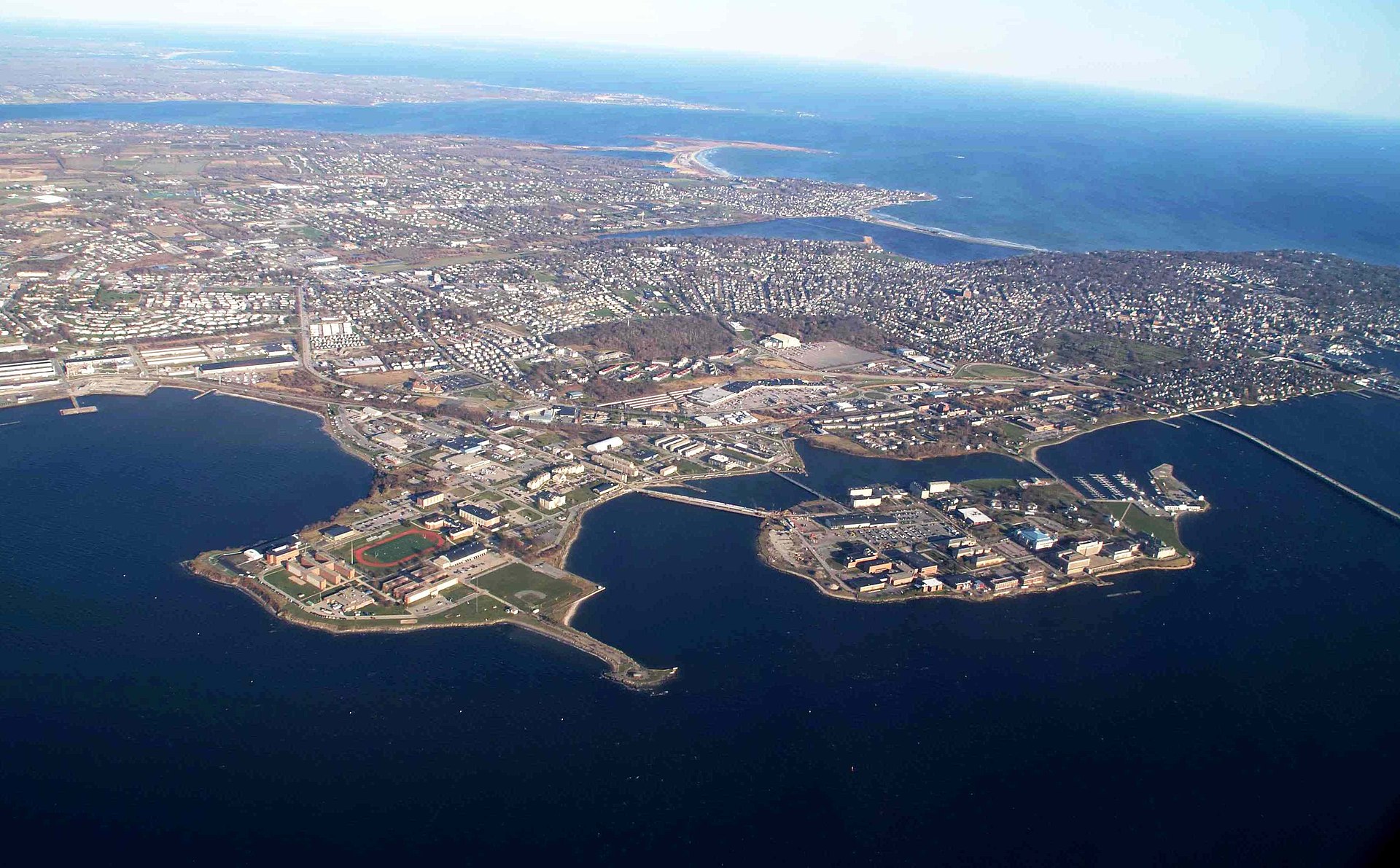 The U.S. Department of Defense has concerns about sea-level rise and other climate-change impacts on Naval Station Newport, along the shores of Aquidneck Island.

“Since 2010, the Department of Defense has acknowledged that the planet’s changing climate has a dramatic effect on our missions, plans and installations,” Secretary of Defense Lloyd J. Austin III said last year. “The department will immediately take appropriate policy actions to prioritize climate change considerations in our activities and risk assessments to mitigate this driver of insecurity.”

Mueller said the climate crisis is a serious problem for the military training installation and the three municipalities — Portsmouth, Middletown, and Newport — that share space on Aquidneck Island. She noted it’s both an economic and safety issue for the largest island in Narragansett Bay.

To address the local challenges presented by the climate crisis, the Navy worked with the University of Rhode Island, municipal officials, and local stakeholders, such as the Aquidneck Land Trust and the Eastern Rhode Island Conservation District, to create a Military Installation Resilience Review for short-term preparedness and long-term planning. Much of the recently completed review is not available for public consumption, but a 12-page outline can be found here.

The review’s researchers ran 12 scenarios with 1 foot, 3 feet, and 5 feet of sea-level rise against modeled weather events. The modeling also included “significant” expansion planned for Naval Station Newport during the next 10 years, which will include more National Oceanic and Atmospheric Administration ships and a larger Coast Guard presence, according to Mueller.

The work noted the Navy and other Aquidneck Island entities share concerns. For example, the Navy relies on the Newport Water Division for drinking water and on the Long Wharf Pump Station, owned by the city of Newport, for its wastewater treatment.

The kind of climate work Austin spoke about during his 2021 visit to Virginia’s Naval Station Norfolk is taking place at Navy Region Mid-Atlantic installations, including Naval Station Newport.

The Navy’s response to the climate crisis has included natural solutions, such as dune restoration and better protecting coastal marshes and shoreline vegetation. Man-made solutions have included berms and flood walls.

Mueller said Naval Station Newport is hoping to restore Elizabeth Brook. The waterway, which begins in Middletown and empties near Gate 2 in Newport, is causing flooding problems for both municipalities and the Navy. She also noted there are plans to build buffers, create green space, and use man-made structures to address the increased flooding being experienced on Aquidneck Island.