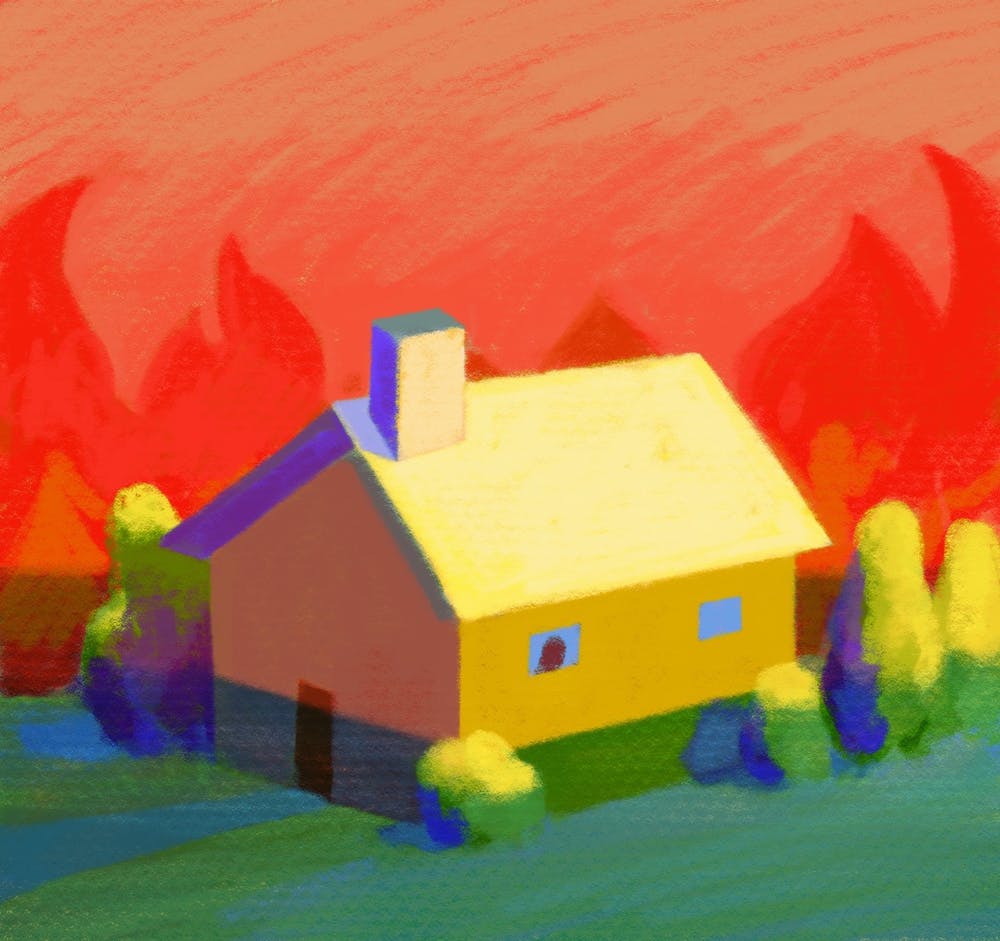 Climate change, flooding threaten vulnerable communities in RI. This article is part of a series on gentrification and development in Providence: The Ocean State is sinking.

According to the January Rhode Island State Climate Summary, the northeastern United States is experiencing a faster rate of sea level rise than the global average. Even in the more conservative intermediate emissions projection, sea levels are expected to rise four feet by 2100, which would necessitate the abandonment of areas such as Barrington, Central Falls and the Port of Providence, The Herald previously reported.

Adapting current infrastructure to climate change has become central to state climate plans such as the 2019 Climate Justice Plan. But with time, the window of opportunity to meaningfully confront climate change has narrowed. In a state like Rhode Island, the dangers of rebuilding, the threats of climate gentrification and the challenges of relocation are worsened by the current housing crisis.

The Herald spoke to a variety of experts to understand the intricacies of Rhode Island’s coastal history, how climate change will impact its spatial configuration and the possibilities of hope in what might seem a grim future.

In late September 1938, the Great New England Hurricane pummeled Rhode Island. Prior to the hurricane, a generation went by without a major severe weather event, prompting a consensus that a hurricane along the coast was impossible. But according to Kara Schlichting, associate professor of history at Queens College in New York, “the storm of ’38 (proved) them wrong.”

Why sea levels are rising higher than expected in Dublin and Cork, RTE.ie / April 28, 2022

The state failed to prepare and in turn sustained devastating damage — the waters of the Narragansett Bay rolled through the streets of downtown Providence. “The ocean-fronting counties particularly Tallanstown and Napatree Beach are just completely destroyed,” said Schlichting, who studies intersections of urban and environmental history in America. “They had been full of big Victorian homes, hotels. … They are erased from the shore.”

Under 20 years later, in 1954, three hurricanes hit the Rhode Island shore in a span of several months, in August, September and October.

“At this point, the ’38 hurricane is not a one-off. It is proof that, alongside the ’54 storms, New England hurricanes exist and are deadly,” Schlichting said.

The 20th century hurricanes represented, according to Schlichting, a complete change in the state's relationship with the coast. In 1938, Congress began to more extensively authorize and fund scientific research on hurricanes and community vulnerability. Those efforts led to the constructions of hurricane and flood barriers, such as the Fox Point Hurricane Barrier, which promoted the idea that hurricanes and flooding “could be managed, no matter the scale of engineering required,” Schlichting wrote in a 2021 journal article.

While 20th century efforts were fundamental to ameliorating coastal risk in the state, it also set into motion a tradition that prioritized private properties and the act of rebuilding, Schlichting added.

Elizabeth Fussell, professor of population studies and environment and society, noted that places along the hurricane coast of the country “are adapted to historic weather regimes, but not the weather of the future,” she wrote in an email to The Herald.

Schlichting echoed Fussell's analysis when discussing the positioning and efficiency of Rhode Island's infrastructure. The storm protections currently in place, she explained, were built for lower water levels than the ones projected by climate change research. This means that future weather events are likely to breach state defenses, she said.

In 1954, “500 acres of downtown Providence” flooded, she said. “It's unlikely that barriers like the Fox Point barrier will successfully check the coming storm surges of future hurricanes.”

Schlichting noted that the shortcomings of infrastructure can impact essential urban systems. In Newport, Schlichting said, the city's water reservoir is located behind Easton Beach. “Where will Aquidneck Island get its water when what is now a reservoir becomes part of the salt marshes as water rises?” she asked.

The impact sea level rise will have on state infrastructure ultimately will prompt mass relocation, according to Schlichting. “The key infrastructure, I think that is what is going to force us to think about moving,” she said.