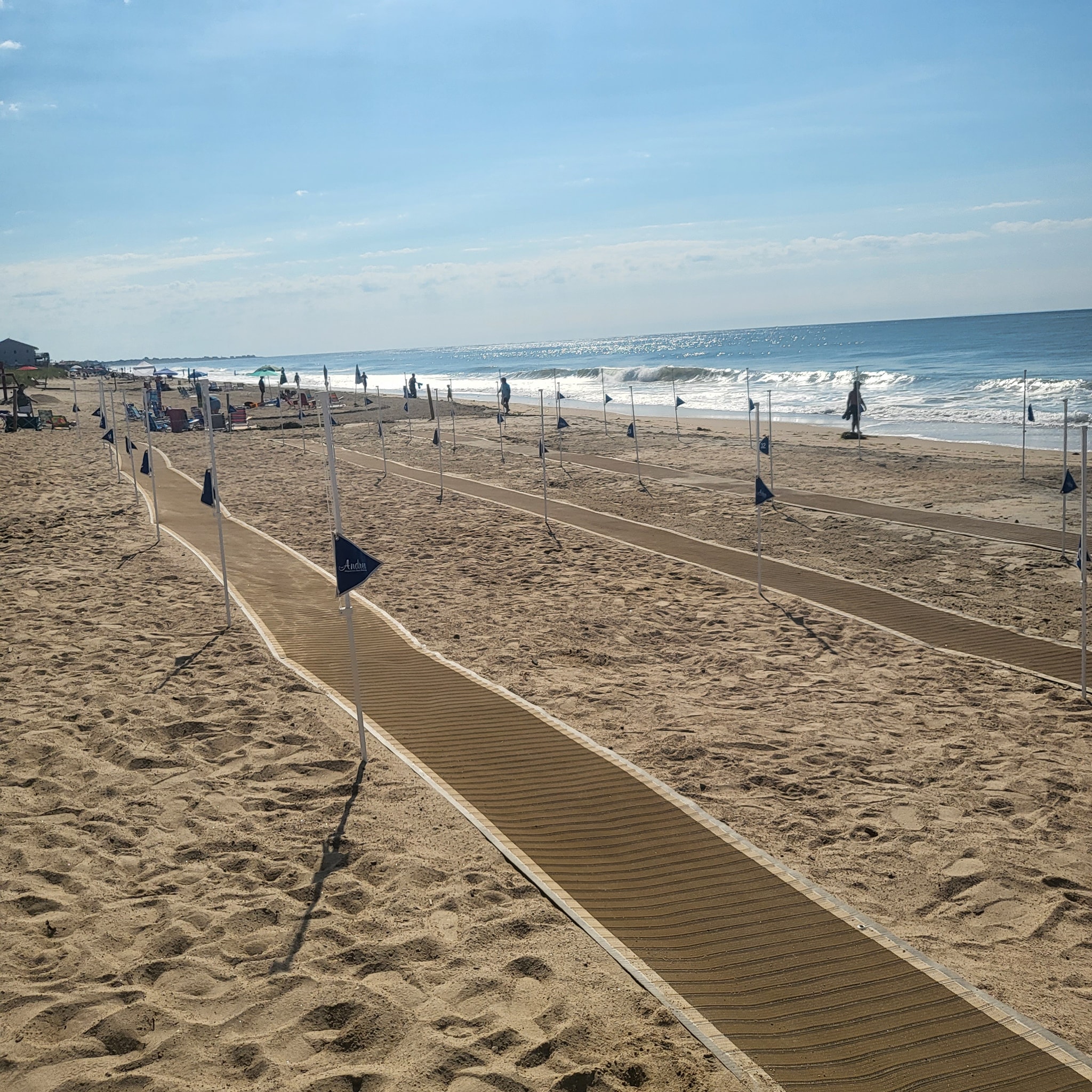 After backlash on social media, Rhode Island’s Coastal Resources Management Council is looking into complaints about The Andrea restaurant in the Misquamicut area of Westerly that’s selling access to beachfront spots adjacent to its building.

Rebecca Colucci wasn’t expecting any problems earlier this week when her family put up a post on Facebook advertising $50 reservations for a parking spot and place to lay a towel on the beach next to their restaurant, The Andrea on Atlantic Avenue, down the road from Rhode Island’s most popular public state beach.

The post included photos of the 300-foot wide beach space, with four rows of flags along the shore and mats across the sand.

But quickly the post began lighting up with comments–about 200 as of Friday morning, in addition to posts elsewhere on social media–many from people not so interested in taking up The Andrea on its offer. Instead, they were outraged that a business was taking in revenue off of access to the shoreline. They also suggested what the restaurant is doing is actually illegal.

“Wow,” one commenter said. “I NEVER thought I would see the beach so commercialized! You ruined paradise…You RUINED the beauty of it all.”

“No way this is legal,” someone else said.

Love the Andrea! The business model of reserved spaces on a private beach is not uncommon and is used at other businesses throughout South County and the country. They pay taxes, insurance, workers comp, labor etc. and have only a four month season to work with so I am happy to support this third generation business. I also recognize that they provide a lot of support back to our community! Luckily we have have a town and state beach that allows people to walk-on for free as an alternative. Facebook Post.

Another wrote, “I hope the Andrea gets washed away.”

By the end of the day Thursday, Westerly town police and the state’s Coastal Resources Management Council had visited The Andrea to assess the situation, said Colucci, whose family owns the restaurant and land next to it. She called the situation a misunderstanding by people who don’t understand the rules in Rhode Island, the boundary of her property, and what exactly her business is doing.

“My family has owned the property for 76 years [and] we are well aware of coastal rules and regulations,” she said in an email. “People all become rule setters and advocates on social media. We have a lovely private beach that we let people pre-book [their] parking for the day.”

On a visit to the spot Friday morning, patrons were already arriving and setting up at spots marked off with flags that move up and down for customers to hail wait staff. The final row before the ocean was raked roughly to the area where waves had washed up seaweed.

Colucci said she began offering the service two years ago in the early days of the COVID-19 pandemic, when business regulations were relaxed to allow restaurants like The Andrea to serve alcohol on the beach sand.