Pacific Northwest
FILE -In this Jan. 7, 2016, photo, dead common murres lie on a rocky beach in Whittier, Alaska. Hundreds of thousands of common murres, a fast-flying seabird, died from starvation four winters ago in the North Pacific, and a new research paper attempts to explain why. (AP Photo/Mark Thiessen, File) 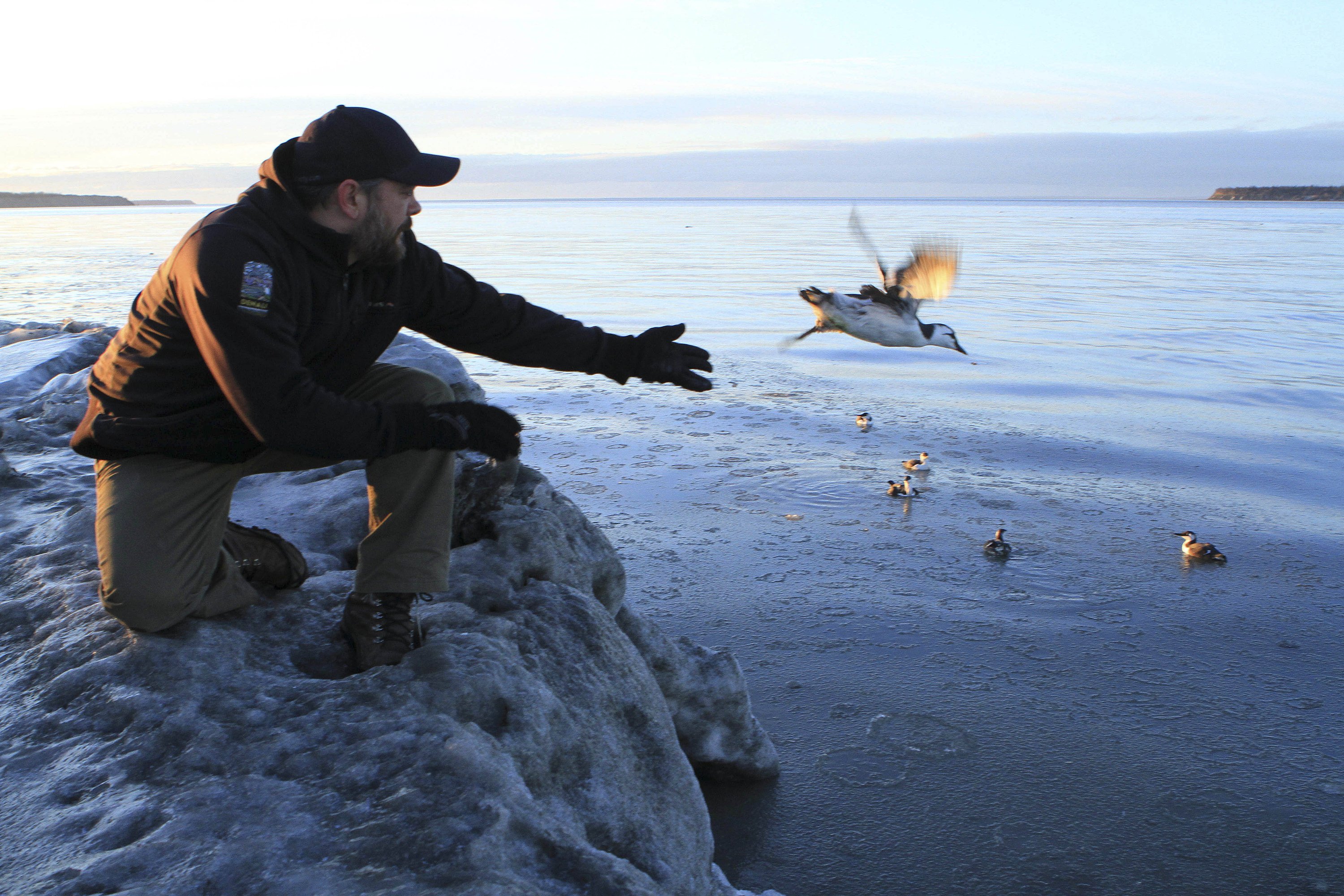 The North Pacific seabirds can quickly cover hundreds of miles searching for schools of small forage fish. Their powerful wings let them dive more than 150 feet (46 meters) under water to gorge on capelin, sand lance, herring, sardine and juvenile pollock.

So biologists were stunned four winters ago when carcasses of emaciated common murres showed up on beaches in what they say was the largest seabird die-off recorded in the world’s oceans. The die-off eventually killed an estimated 500,000 to 1 million murres from California to Alaska, eliminating 10-20% of the northeast Pacific population of the species. Seabird experts now believe they know why.

Common murres were ambushed by effects of the northeast Pacific marine heatwave dubbed “The Blob,” according to a paper published Wednesday by 23 federal, university and private researchers in the science journal PLOS ONE. The heatwave lasted more than 700 days from 2014 to 2016, increasing water temperature and interrupting patterns in the food web from the smallest creatures to top predators.

Forage fish — the main prey of murres— feed on zooplankton, the floating small animals that feed on plant plankton. Cold water produces the biggest, fattiest varieties of zooplankton. But the marine heatwave reduced the nutritional value of zooplankton, researchers concluded, and the lower-grade food stunted the growth of forage fish.

In turn, warmer water increased the metabolism of large fish such as Pacific cod, walleye pollock and arrowtooth flounder, requiring them to eat more forage fish.

That translated into a double whammy for murres, according to the researchers. The seabirds found that their main food source had a fraction of its usual nutrition. Murres also found themselves out-competed by large fish.