Coastwide
BUG CATCHER: Researchers collect seawater from the side of a ship as part of a survey of marine unicellular eukaryotes and the organisms associated with them. Photo: ALEXANDRA WORDEN 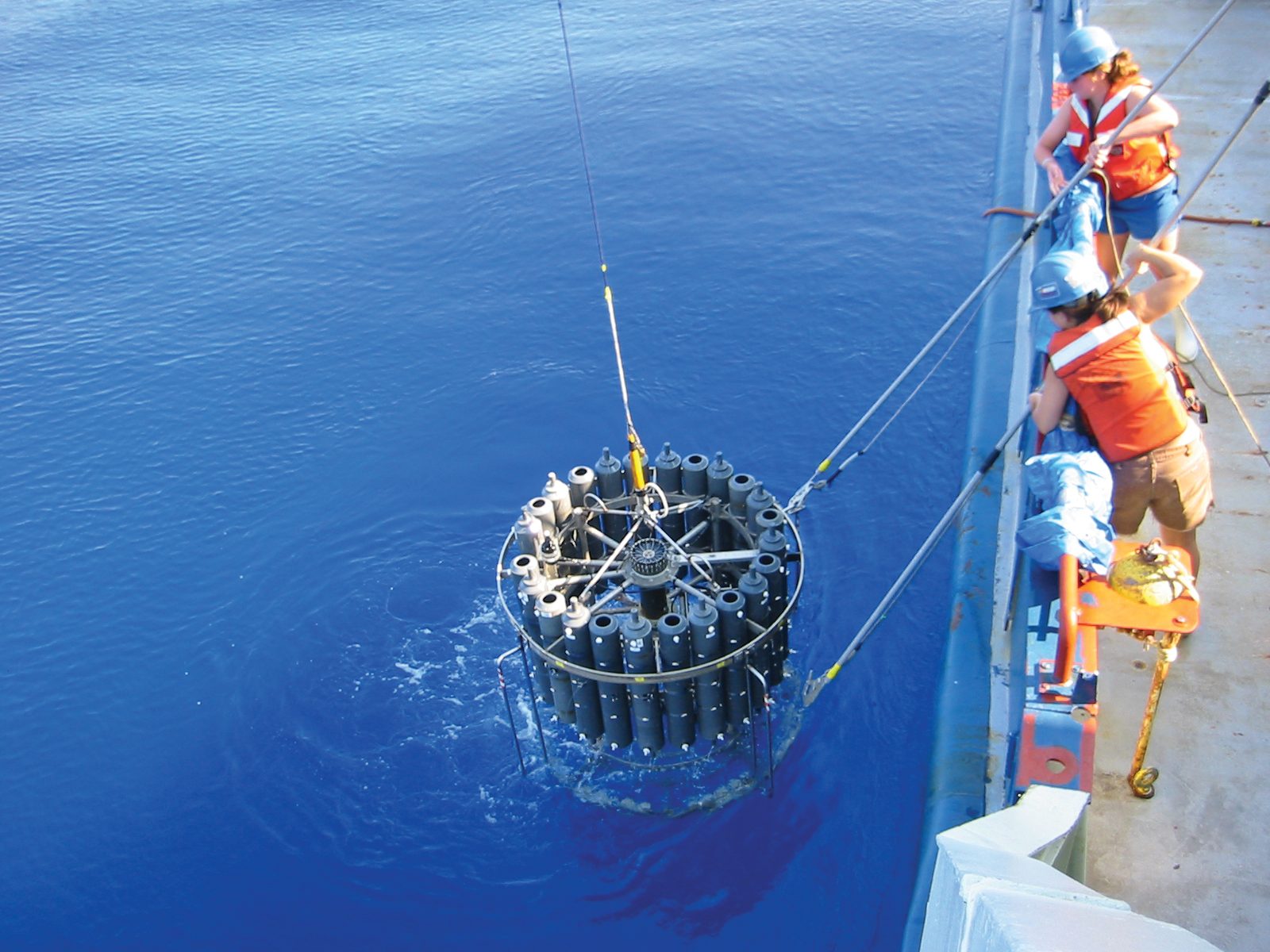 Researchers Discover the Largest Virus in the Oceans Yet

A few years ago, Alexandra Worden was watching as an $800,000 medical-grade fluorescence activated single-cell sorter dangled from a crane, about to be loaded onto a research vessel—and hoping the crane operator appreciated just how delicate the equipment was. The marine microbial ecologist and her colleagues were about to set sail on the Atlantic Ocean to collect unicellular eukaryotes and sequester them individually for single-cell whole-genome sequencing. The trip was part of a survey that also included expeditions on the Pacific Ocean to find archaea, bacteria, and other organisms associated with these microbes. Worden and her collaborators wanted to avoid bringing the seawater samples back to the lab, which would risk distorting the bio-diversity of the sample—“some guys just don’t make it,” says Worden, especially when it can take days to steam back to shore. So instead, they’d decided to bring the lab to the field.

With the crane operation well-executed and the instrument safely on board, the crew set off on its journey. The researchers gathered seawater, fluorescently stained cells for a food vacuole to label those organisms that were actively eating, and fed samples to the cell sorter to sift out the fluorescent cells from the rest. The vast majority of cells selected turned out to be choano-flagellates, predatory eukaryotes that feed on bacteria. The team then began looking for bacteria and archaea among the choano-flagellates, but in doing the sequencing to identify prokaryote genomes, “we weren’t getting a big signal,” says Worden, a professor at GEOMAR, the Helmholtz Centre for Ocean Research in Kiel, Germany, and a senior scientist at the Monterey Bay Aquarium Research Institute (MBARI) in California.

After the expedition, postdoc David Needham decided to mine frozen samples for the presence of viruses. He hit pay dirt. What he found was the largest known virus to inhabit the ocean, and only the second discovered that infects predatory protists. “By looking for the usual [microbial] candidates, we initially missed that there was quite a beautiful virus to be assembled,” says Worden.