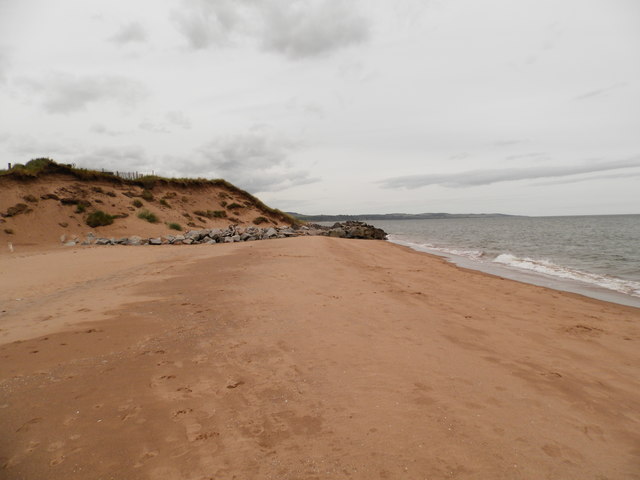 Race to save Montrose: plan to build giant island to stop town being claimed by sea

MOVES are being made to create a new Scottish island to help prevent flooding of an Angus coastal town and stop one of the world's oldest golf courses being lost to the sea.

Montrose Golf Links, on Scotland's east coast – which has seen parts of its links eroded by three-and-a-half metres in the last six months alone – is at the centre of multi-agency talks to find ways to dissipate the ravaging tides and waves, and prevent flooding of the town.

Concerns over flooding of Montrose caused by erosion of dunes are known to be among the most urgent in Scotland.

Experts say that, apart from climate change, a key issue has been the erosion of Annat Bank, a Montrose Bay feature which has historically dissipated waves before hitting the shore.

Industrial development at Montrose Harbour has led to the coastline being hardened and defences extended while experts have said port dredging has also played a major part.

Now there are discussions to replace the bank with a sand island, as well extending and reinforcing beaches by adding sand or sediment to combat erosion as part of a multi-million pound project.

READ MORE: Race to save Scotland's greatest golf courses from the sea

Montrose Golf Links, which with more than 450 years of history is the fifth oldest in the world, has been heavily involved in talks about the changing seas and coastal erosion which is threatening to destroy part of the links.

John Adams, the links greens convenor said: "I don't give a monkeys where we get the funding from, you are either going to be giving the residents of Montrose canoes or we are going to have an issue. We really do have a major problem here.