International
The development of commercial shrimp farms in coastal regions of many provinces has had a devastating effect on Indonesia's mangroves (Photo: SONNY TUMBELAKA/AFP/Getty) 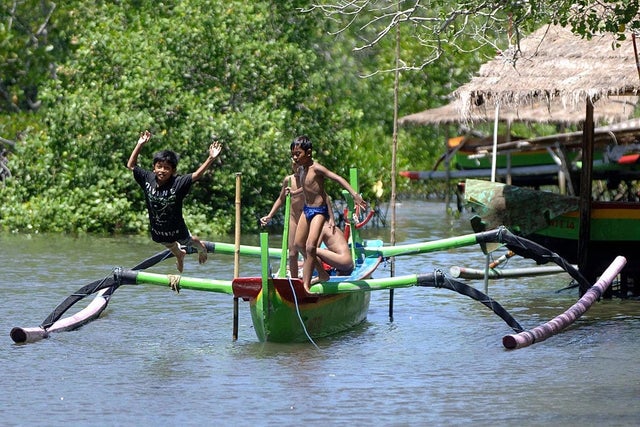 For a long time, beef has been a target of environmentalists because of cattle farming’s contribution to global warming. But what about humble shrimp and prawns? They may seem, well, shrimpy when compared with cows, but it turns out the tasty crustaceans are just as big an environmental problem.

The issue is not so much their life cycle: shrimp (as UN statisticians refer to all commonly eaten species collectively) do not belch planet-cooking methane the way cows do. But shrimp farms tend to occupy coastal land that used to be covered in mangroves. Draining mangrove swamps to make way for aquaculture is even more harmful to the atmosphere than felling rainforest to provide pasture for cattle.

A study conducted in 2017 by Cifor, a research institute, found that in both these instances, by far the biggest contribution to the carbon footprint of the resulting beef or shrimp came from the clearing of the land.