Caribbean
Screen shot of US Drought Monitor for PR 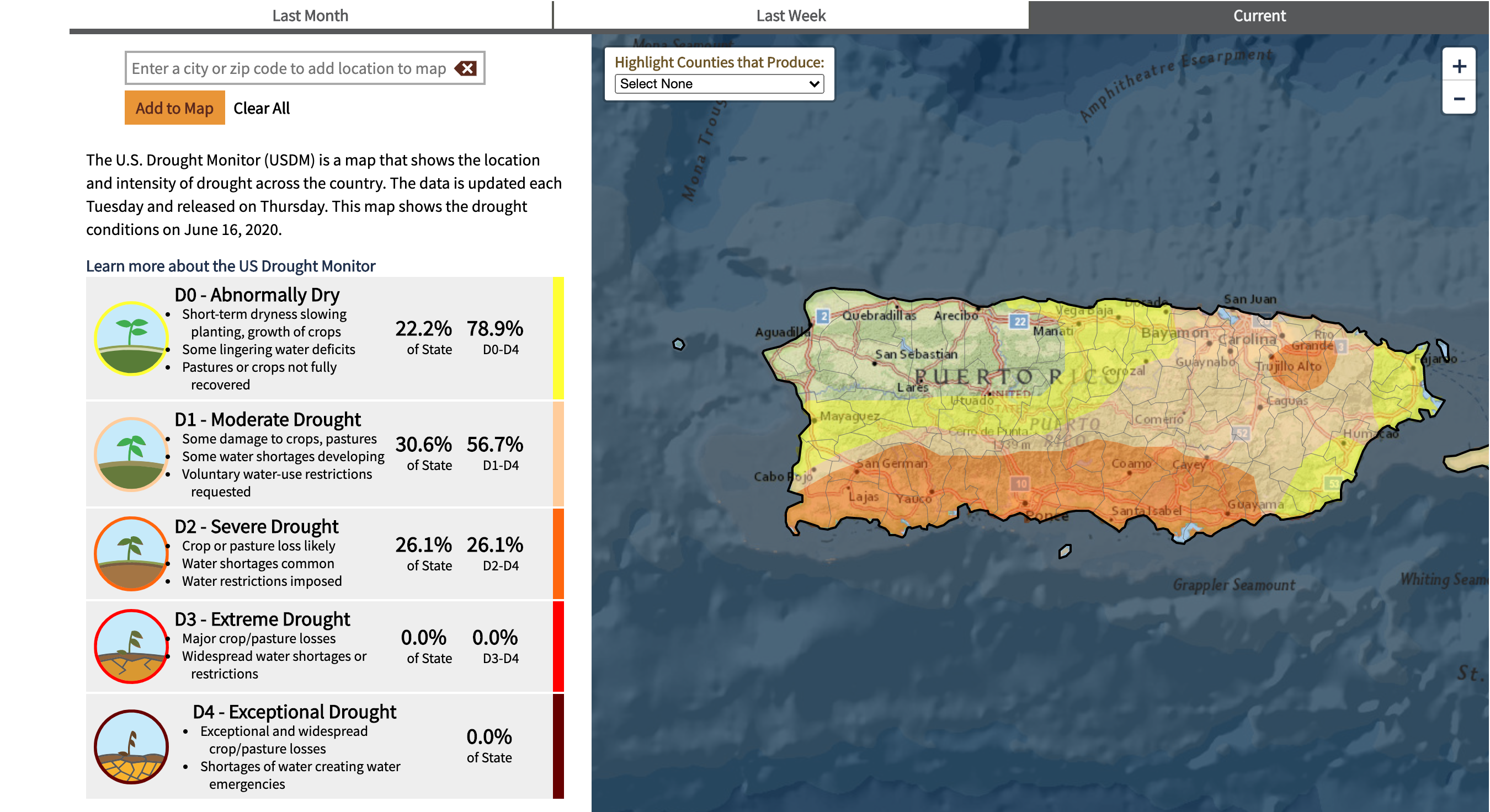 Puerto Rico’s government announced water rationing measures on Friday as 26% of the U.S. territory faces a severe drought amid the pandemic.

The island’s utilities company said water will be shut off for eight hours a day starting Saturday in several neighborhoods in the northern municipalities of Canovanas and Loiza.

“We don’t know how long this is going to last,” said Roberto Martínez, the company’s director for the metropolitan region as he urged everyone to be prudent in their water use.

Another 57% of the island is experiencing a moderate drought, according to the U.S. Drought Monitor.

Water trucks will be available during the rationing, Martínez said.

Other parts of the Caribbean are experiencing similar problems, with short-term severe drought reported in certain areas of the U.S. Virgin Islands.