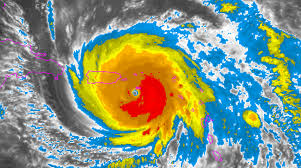 We have to turn the mitigation wheel faster.

We all know it. Post-disaster mitigation funding will be provided to those communities who experienced a declared disaster. The problem is, no matter how many billions of dollars are allocated, if they are not spent in time to “mitigate” the next disaster, they are worthless.

Administrations have made the mitigation funding maze so complicated that small jurisdictions can’t apply due to the complexity of applying and administering the funds.

The result is what you can read below. Billions of dollars allocated with little to show for it. With storms becoming more frequent and damaging, we have to get mitigation done faster if it is going to be effective in protecting a community from the next disaster.

‍“The U.S. government made historic allocations, including more than $3 billion for hazard mitigation, to Puerto Rico after Maria — some of which was slated to go toward preventing severe flooding during storms.

A separate pot of federal public assistance money is designated for rebuilding public infrastructure. In Salinas, which was walloped by Maria and battered again by Fiona, officials have submitted 74 projects to the Federal Emergency Management Agency for funding. To date, just seven — including road repairs and a basketball court — have been completed, data from Puerto Rico’s Central Office for Recovery, Reconstruction and Resiliency, shows.

About two dozen more entered the construction phase in the last six months. Salinas officials have identified 44 potential mitigation projects. So far, they’ve submitted three, including a proposal to build a water treatment plant that was approved in December and is in the design phase. Two other projects under review propose installing generators at critical facilities and a new storm water system on public streets leading to a hospital. Neither one of those projects has been constructed.

‘I’m pretty sure if these mitigation plans would have been carried out, it would’ve mitigated the issues that some of these municipalities experienced,’ said researcher Jennifer Hinojosa, who works for Hunter College’s Center for Puerto Rican Studies in New York and been tracking the recovery from Maria. Instead, residents and experts say unrestrained coastal construction, mangrove destruction, deforestation, coastal erosion and poor canal maintenance have heightened the risk for marginalized communities like Salinas, a town of 25,000.”