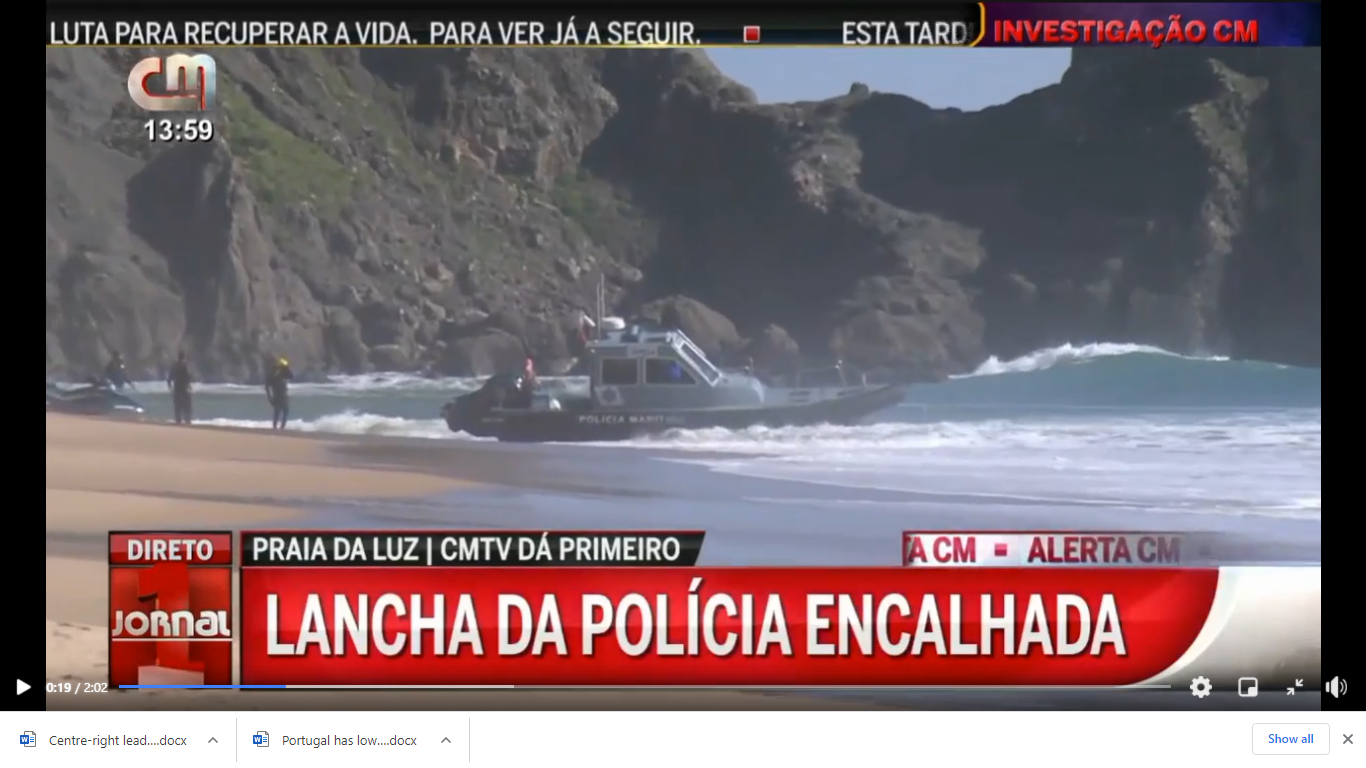 The zeal of authorities to control all kinds of sports during this exhilarating weekend where the sun finally came out to shine on lockdown ended in dismal embarrassment in Praia da Luz, west of Lagos, yesterday afternoon.

A maritime police launch intent on “supervising” surfers (well within their rights to be in the sea practising their sport) ended up taken by a large wave and deposited on the beach, in a rocky bay next to the Rocha Negra (the large black rock jutting out at the eastern end of the beach).

No-one was hurt (beyond damage possibly to their pride), and the boat was eventually able to be towed back out to sea to safety.

But what this incident highlighted was the faintly ridiculous lengths police have been going to stop people taking perfectly legitimate exercise.

Saturday evening’s news described cyclists forced to turn round (as they inadvertently left the confines of their boroughs); walkers challenged for their reason for being out of their homes.

On social media, a number of Algarve groups described incidents in which ‘simple exercise’ close to people’s homes was challenged.

But it does appear that surfers are taking the brunt of authorities enthusiasm to control.

Expresso has carried a double-page spread this week on ‘Measures that make no sense. Or do they?’ and explains how the situation is far from clear: under the terms of the law governing Portugal’s latest lockdown ‘individual sports’ are allowed. Surf is an individual sport – therefore it is allowed. BUT municipalities are also empowered to condition or prohibit access to beaches.

In other words, surfers technically are allowed to surf, but if they aren’t allowed onto the beaches, how do they get into the water?

As João Jardim Aranhã of the Portuguese Surf Federation agreed, it’s like a mad comedy sketch.