International
Maya Gabeira of Brazil surfs on February 11 in the 2020 Nazare Challenge in Portugal. It's not clear if this is the wave on which she broke the record. 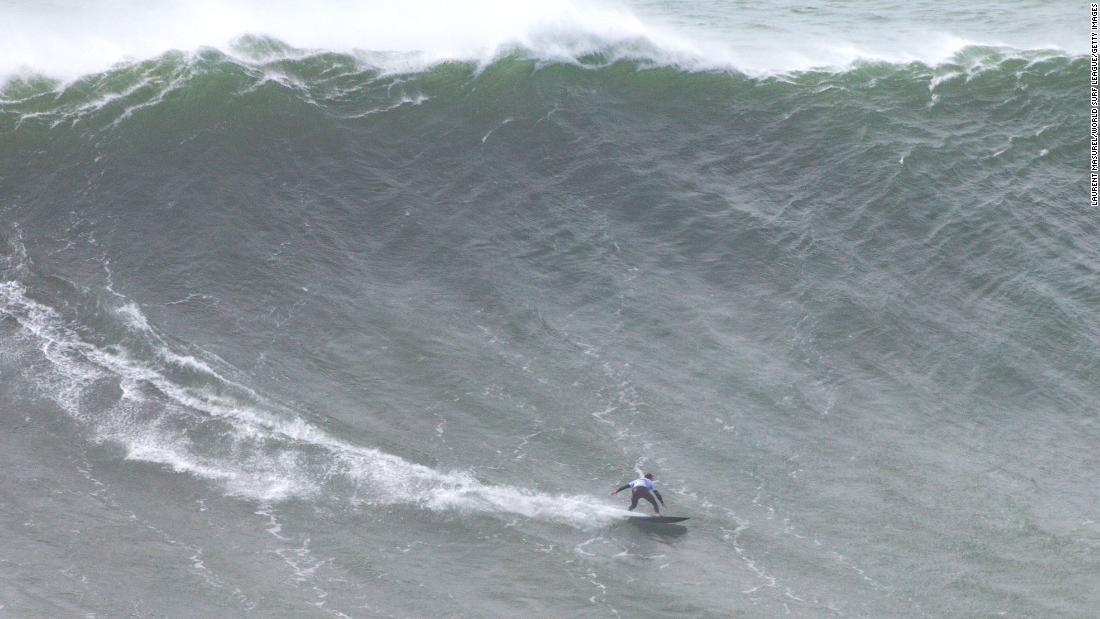 (CNN) Brazilian surfer Maya Gabeira has broken her own world record for the largest wave surfed by a woman.

"I never thought this could happen, still feels surreal," Gabeira said in an Instagram postcapturing her achievement. "To have a woman in this position in a male dominated sport is a dream come true!"

Since measuring the size of waves is difficult, teams from the University of Southern California, WaveCo Science Team and Scripps Institution of Oceanography reviewed videos of the surfer's feat to confirm she once again broke the record, according to Guinness World Records.

The teams used scientific calculations based on real-world coordinates as well as Gabeira's height and the length of her board to determine the measurements, the organization said.

Gabeira, who began surfing when she was 17, was knocked unconscious in 2013 while in the water and was rescued by a fellow surfer -- but it didn't stop her from getting right back on herboard.

"I still love the sport so much even after so many hard times and serious injuries and trauma," she said in a statement on Guinness World Records.

Gabeira was also declared by the World Surf League as winner of the cbdMD XXL Biggest Wave Award.

"I always look forward to hearing updates on this record from the World Surf League, as the surfers never fail to wow us with their fearless conquering of these incredible skyscraper-sized waves," Guinness World Records editor-in-chief Craig Glenday said in a statement. "This year's footage is more heart-stopping than ever, so congratulations to Maya on the epic result."