West Coast
Oregon Coast Aquarium / Earle is the newest sea otter in Oregon, living at the aquarium in Newport. Sea otters have not naturally repopulated to the Oregon Coast from California or Washington, so a reintroduction effort is now being studied. 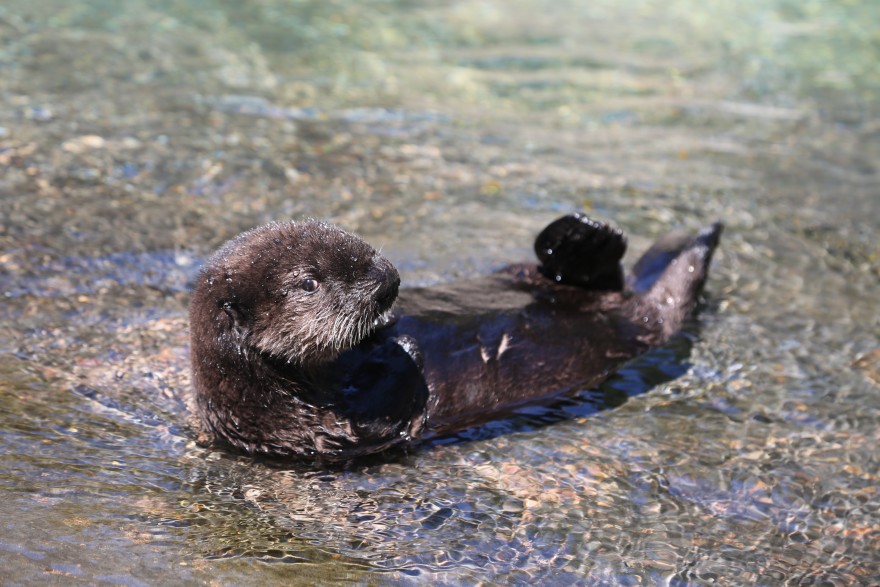 Sea otters are undeniably cute, but cuteness only goes so far when major economic interests are at stake. That's an inference you can make from the emergence of organized pushback to the possible reintroduction of sea otters along the Oregon Coast.

A trade group, the West Coast Seafood Processors Association, enlisted 24 maritime interests to sign on to a letter expressing grave concerns about bringing back sea otters. Some of the signatories include the ports of Ilwaco, Astoria, Newport, Coos Bay and Brookings, the Pacific Coast Shellfish Growers and Columbia River crab fishermen.

"We're hoping to get ahead of the curve here and get something on the record," said Lori Steele, executive director of the Portland-based WCSPA.

In the letter sent to the U.S. Fish and Wildlife Service last week, the skeptics said the voracious appetite of sea otters would put the furry animals in conflict with fishermen and shellfish harvesters. The letter also raised red flags about the prospect of permitting difficulties for port projects, dredging and offshore wind farms if another protected marine mammal species were present.

"Our message to the U.S. Fish and Wildlife Service is really, proceed with caution and be extremely thoughtful about potential impacts of this before doing anything," Steele told the Port of Astoria Commission during its most recent meeting.

The Fish and Wildlife Service is in the midst of a study ordered by Congress of the feasibility and costs of sea otter reintroduction along the parts of the Pacific Coast where the animals have not repopulated. The report, which was requested by Democratic Oregon Sen. Jeff Merkley, is due for completion by the end of 2021.

"Our assessment will be limited to a fact-based report on the feasibility of reintroduction," the wildlife agency said on a new webpage dedicated to the topic. "We will not be making any recommendation as to whether reintroduction should take place."