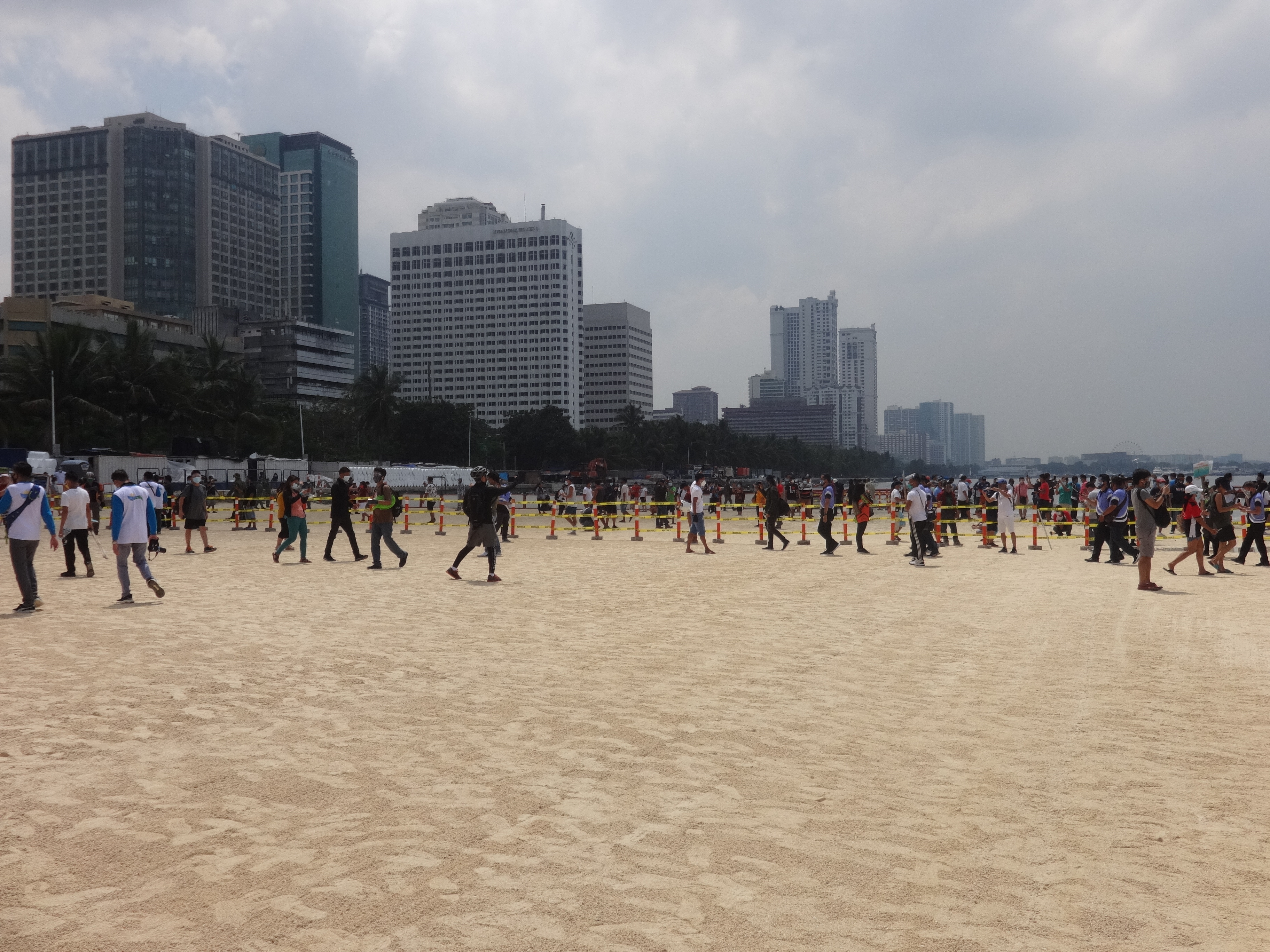 An artificial beach strip in Manila Bay has environmentalists up in arms. Scientists warn its dolomite sand could harm people's health and marine wildlife.

A stretch of coastline in the Philippine capital, Manila has received backlash from environmentalists. The heavily polluted Manila Bay area, which had been slated for cleanup, has become the site of a controversial 500-meter (1,600-foot) stretch of white sand beach.

The beach, however, is anything but clean, environmentalists say.

"It's an illusion," said Lia Mai Torres, executive director of the Center for Environmental Concerns Philippines. "Just because it's white it doesn't mean it's clean."

The white sand is actually crushed dolomite sourced from a mine in Cebu, in central Philippines.

Using sand made from dolomite rock in such a project is highly uncommon, experts say. The large majority of sand beaches worldwide are made up of quartz and feldspar, while dolomite sand is commonly used in road construction.

"I have never come across any beach nourishment with dolomite sand," said Arnaud Vander Velpen, who's the monitoring and innovation lead in UNEP/GRID-Geneva's Department on Sand Monitoring and Governance.