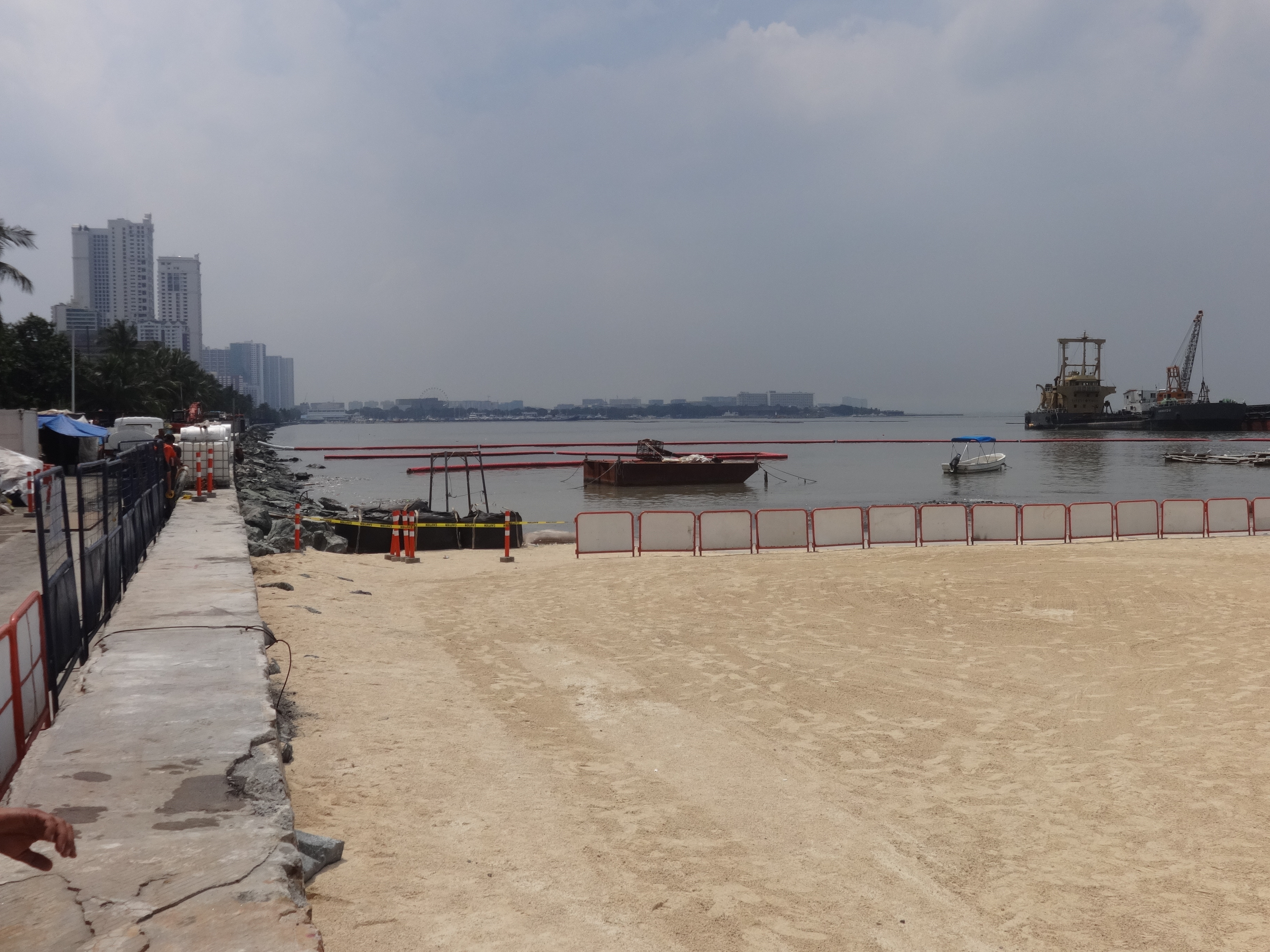 PHL - Beach Nourishment Project Is a Work in Progress–DENR

An official of the Department of Environment and Natural Resources (DENR) said the P389-million Manila Bay Beach Nourishment Project is still a work-in-progress and will require the contractor to procure and overlay more crushed dolomite.

On top of more dolomite, DENR Undersecretary for Policy, Planning, and International Affairs Jonas R. Leones said a breakwater to keep the artificial white and intact and protected from strong waves is being eyed by the Department of Public Works and Highways (DPWH) and its contractor, MAC Builders and Dragonhart Construction Enterprises Inc. joint venture.

The official is confident that engineering intervention will keep the artificial white sand in a 500-meter portion of Manila Bay intact, even with strong typhoons directly affecting Manila Bay.

The beach nourishment project, particularly the overlaying of the crushed dolomite to create a “Boracay beach-like effect,” was criticized as a waste of public funds. Critics say the funds for the project could have been used for other worthwhile projects especially in time of the pandemic or should have been spent for real coastal rehabilitation program and help improve water quality.

Upon extraction of debris in the 500-meter portion of Baywalk from the Manila Yacht Club to the US Embassy in Manila, the project proponents dumped two layers of ordinary sand before overlaying it with crushed dolomite.