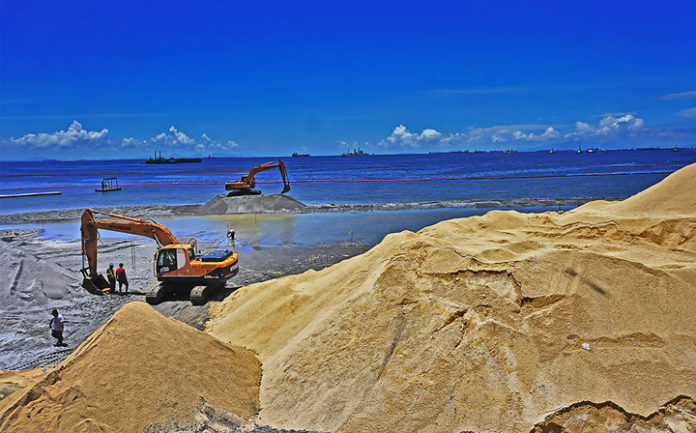 Despite the odds, an environment official is confident that the Department of Public Works and Highways (DPWH) and its private contractor for the controversial Manila Bay Beach Nourishment Project can complete the project on time.

Undersecretary Jonas R. Leones of the Department of Environment and Natural Resources (DENR) said on Monday only around 5,000 metric tons or at least one barge of crushed dolomite is needed to complete the project and overlaying once the delivery is made. It can be done in a matter of days.

Leones, the DENR’s Undersecretary for Policy, Planning and International Affairs and the designated spokesman of Secretary Roy A. Cimatu, expressed hopes that the issues raised by Cebu’s provincial government and Alcoy town will be addressed soon so as to finally lift the ban on dolomite mining that has been causing the project’s delay.

Either that, or the DPWH and its contractors may have to find another source of dolomite or alternative material to complete the P389-million project on time.

“Within the year, the beach nourishment should be completed.  We need to increase the dolomite overlay by a meter to complete the project,” Leones said.

The overlaying of the crushed dolomite by the DPWH and its contractor, a joint venture of MAC Builders and DragonHart Construction Enterprise Inc. hit a snag when the Cebu Provincial Government, citing environmental and tax concerns, issued a cease-and-desist order on the private mining firms —Dolomite Mining Corp. (DMC) and Philippine Mining Service Corp. (PMSC)—commissioned to produce the dolomite.