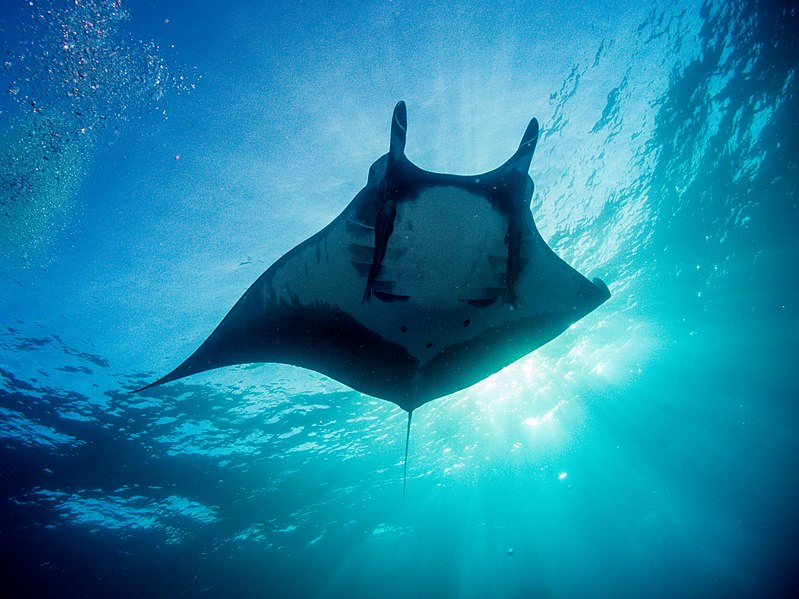 Peru - Diving beneath the waves with giant mantas off Peru

Researchers at Stanford University and the Peruvian non-profit Planeta Océano have described the movement patterns and habitat use of giant oceanic manta rays off northern Peru. Their findings are published in Ecological Solutions and Evidence.

The study used satellite telemetry to track the movements of three oceanic mantas from the Tumbes region of northwestern Peru. Electronic tags attached to the mantas recorded their location and diving behavior over a period of several months. These data were transmitted to Earth-orbiting satellites then relayed to the researchers, who were able to reconstruct and analyze the rays’ movements.

The oceanic manta ray (Mobula birostris) is the largest ray species in the world, growing up to 7 meters in diameter. These rays were recently classified as Endangered on the IUCN Red List – a comprehensive list featuring the conservation status of the world’s biodiversity.

Despite mantas being a popular animal, little is known about their movement patterns along the South American coast. The tag data indicate that mantas move significantly deeper during the night than during the day, a pattern called ‘reverse diel vertical migration’. During the daytime, mantas frequently occupied warmer, surface waters (<2 m in depth). But at night, they continually dove between the surface and depths of ~30-50 m, where water temperatures were as much as 10°C cooler than at the surface.

“We think the mantas may be diving down to feed on zooplankton at night, but as it’s so much cooler in these deeper waters, they need to come back up to the surface periodically to rewarm between dives,” said Dr. Samantha Andrzejaczek, a Stanford University postdoctoral fellow. Findings could indicate a critical foraging habitat for these animals off Peru and a particular feeding strategy by the mantas here.