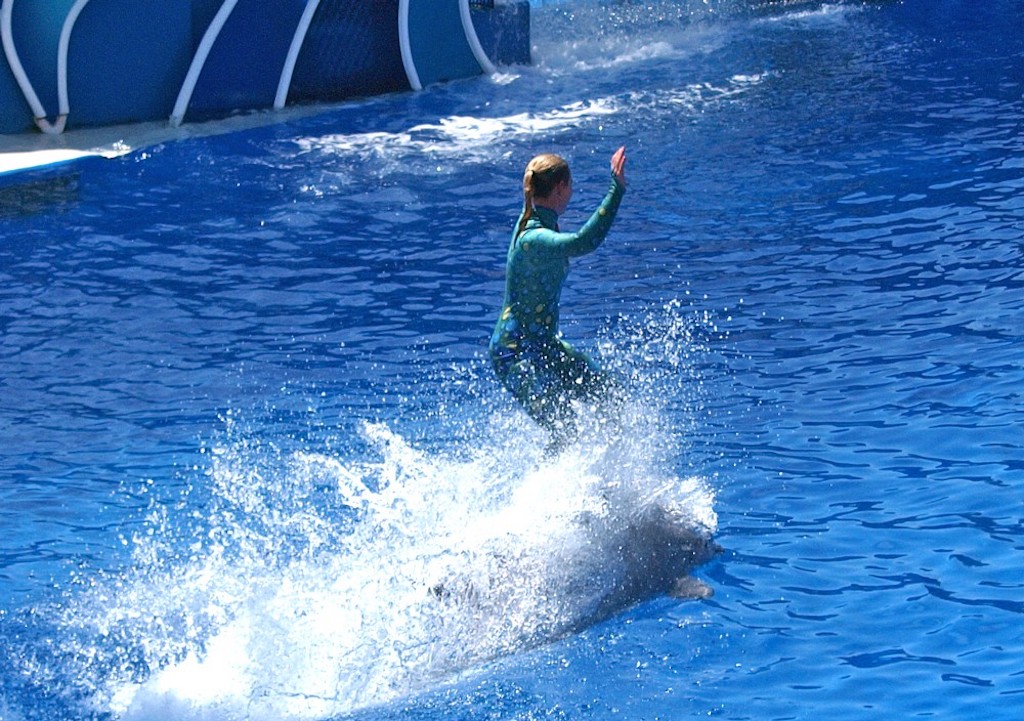 Paradise Lost: SeaWorld releases statement declaring trainers will no longer "surf" on its "fun-loving" dolphins for public entertainment and joy!

Killjoys really know how to kill joy and how frustrating, in this day and age when Coronavirus is chewing through thousands, the Maldives has turned into terror epicenter, Mick Fanning’s stalker loves him or being a pedophile and our World Surf League is being broken apart on the shoals of Hawaiian bureaucracy for anyone to snatch smiles from children’s faces but that is exactly what PETA, the People for Ethical Treatment of Animals has done and let’s head straight to the organization’s press release while our bile builds.

Orlando, Fla. – Following a months-long PETA campaign that included a damning veterinary report, a shareholder question asked by Alec Baldwin, numerous local ads, and more, SeaWorld admits in response to PETA’s latest shareholder proposal that it has stopped making trainers ride on dolphins’ backs and will soon end their practice of standing on dolphins’ faces in abhorrent circus-style shows. In response, PETA has withdrawn its shareholder proposal calling for an end to these cruel practices.

“Stopping trainers from treating dolphins like surfboards means less abuse at SeaWorld, but orcas and other dolphins continue to suffer in tiny concrete tanks,” says PETA Executive Vice President Tracy Reiman. “The company seems intent on being dragged, kicking and screaming, into ultimately releasing these animals to seaside sanctuaries. PETA is calling on it to put a plan in place now.”