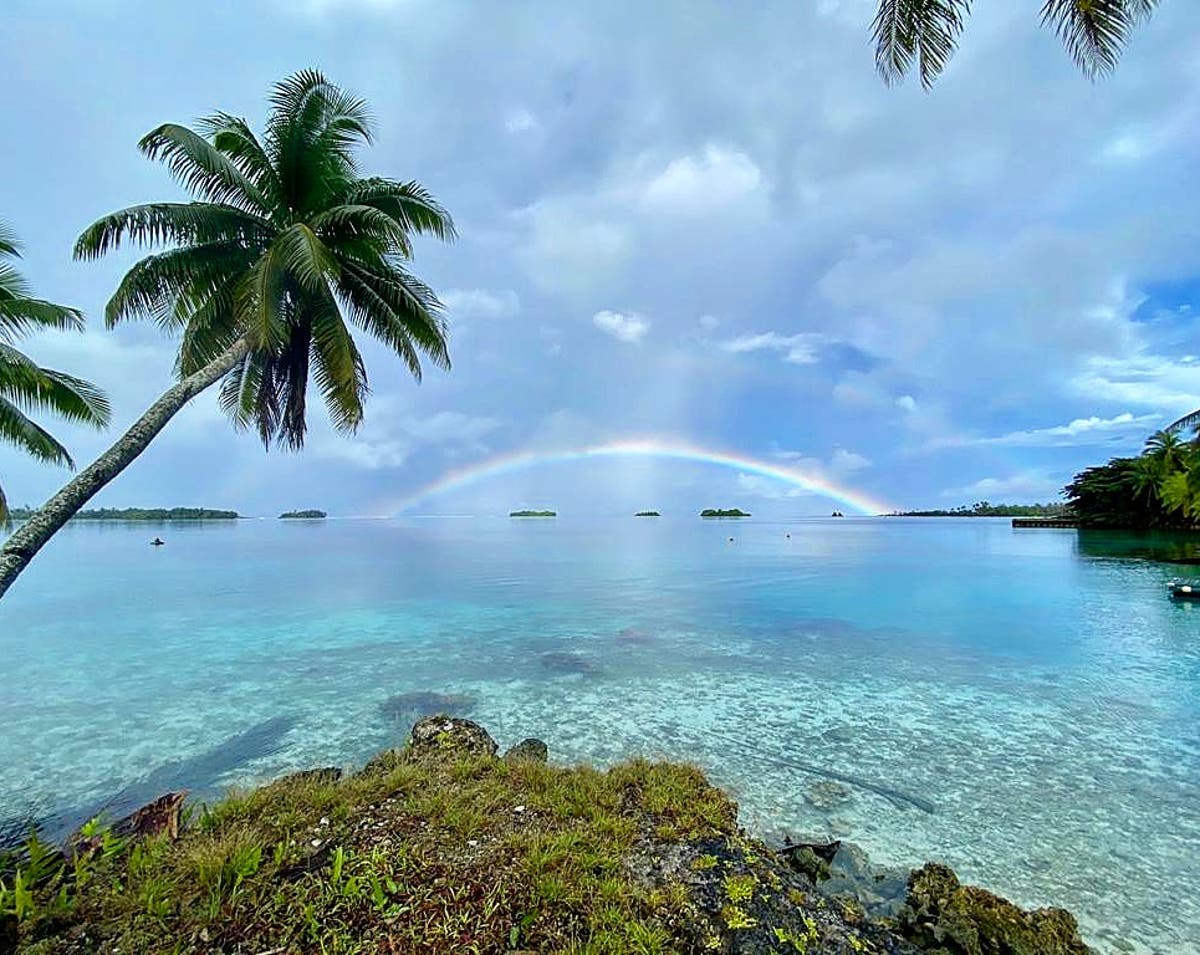 Legend has it that in 1816, a pirate ship called the Esperanza, Spanish for hope, was attacked by a mysterious vessel as it carried looted Incan treasures across the Pacific. The raiders took the gold from the ship and imprisoned the Esperanza’s crew. Their ship full, they crashed onto an uncharted atoll.

The looters buried the treasure for safekeeping and set about building a new ship to sail for help. Of the 90 who were said to have survived the wreck, only one ever made it back to shore and died shortly after. The rest were lost to disease, further shipwreck, then history itself. The treasure, if it exists, hasn’t been found.

Now, that tiny stretch of sand and coral has a name, Palmyra Atoll, and a crew of current residents who are still trying to balance hope, cooperation, disease, and plunder. The 4 square mile collection of islands, 1,000 miles south of Honolulu and at the furthest reaches of US territory, has become a hub for crucial ecological and climate change research. It’s helped scientists study what a healthy ocean looks like, and how radical, decisive action can revive whole ecosystems at once and save the world’s hundreds of low-lying tropical islands from invasive species and humans alike.

Once used and abused as a US military base during WWII, the atoll was largely left alone for decades to rewild, and is now one of the rare, near-pristine island habitats left on Earth. It’s a steady baseline in a world careening up and down on waves of climate change. Together with the hearty people who live and work there, who have endured an election, a pandemic, plus all the weather and wildlife the tropics could throw at them, Palmyra offers something even rarer than unspoiled terrain: hope, or better yet, a blueprint for action.