International
Researchers collect samples of water near the Hunga Tonga-Hunga Ha'apai volcano to analyze it for a range of composition materials, from oxygen to ash. | NATIONAL INSTITUTE OF WATER AND ATMOSPHERIC RESEARCH 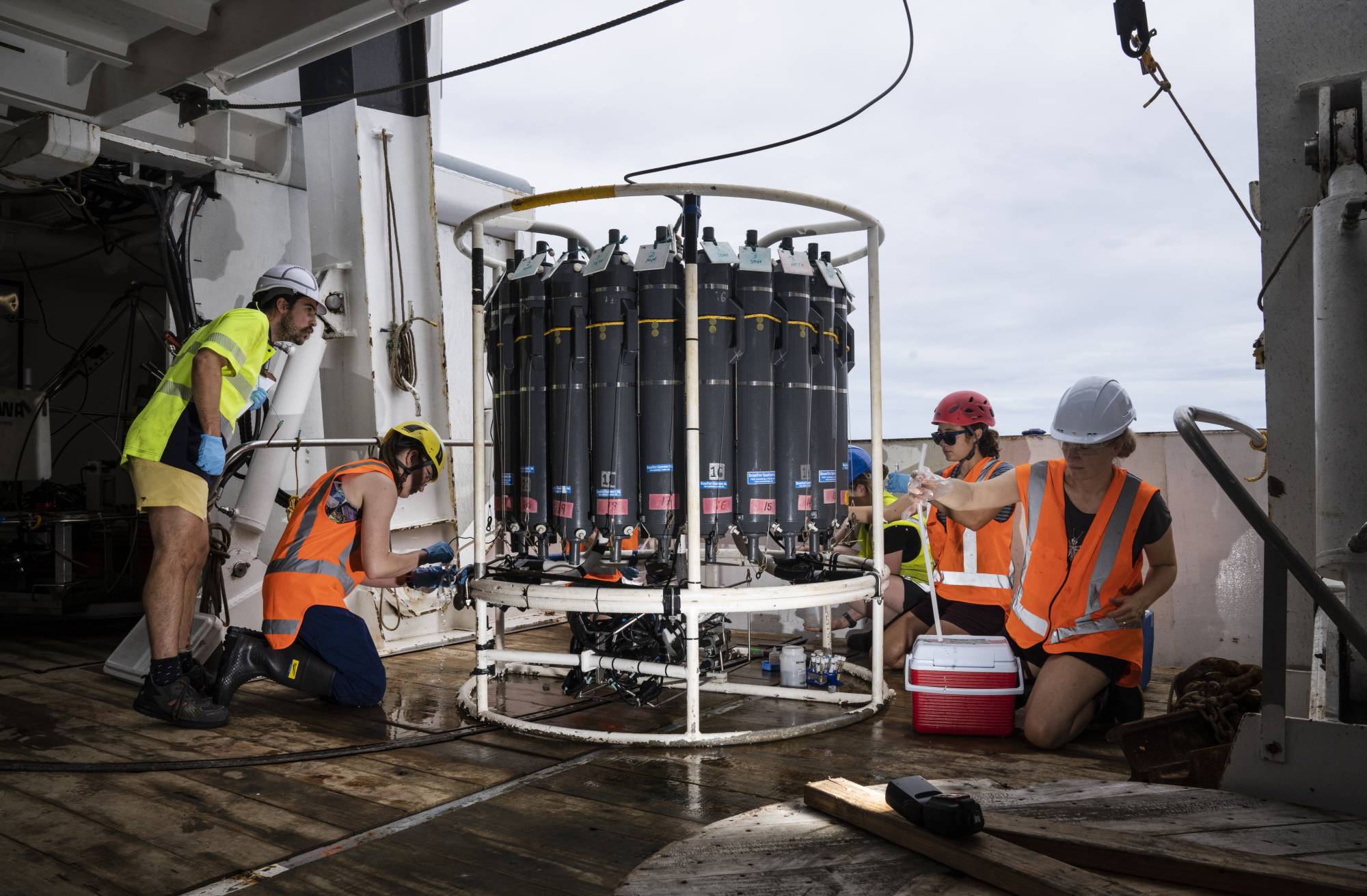 Kevin Mackay was mowing his lawn in Wellington when the Hunga Tonga–Hunga Ha’apai volcano off Tonga upended everything scientists thought they knew about undersea volcanoes.

Such was the scale of the eruption that the news didn’t reach Mackay via the internet or television.

“I thought it was an explosion or some massive thunder or gunfire going on somewhere, and it was actually this volcano … thousands of kilometers away,” recalls Mackay, a marine geologist with New Zealand’s National Institute of Water and Atmospheric Research (NIWA).

A year after Hunga Tonga–Hunga Ha’apai’s weekslong eruption sequence culminated on Jan. 15, 2022, with the largest volcanic blast in recent history, scientists like Mackay are continuing to study the details of the event, the effect on the surrounding environment and what can be learned from it.

The implications for the rest of the seismically volatile “Ring of Fire” that encircles the Pacific Ocean are significant: If an eruption of that scale can happen in Tonga, it can happen elsewhere.

“About half of volcanoes in Japan are situated in a submarine situation, and what happened at Tonga… should occur even in Japan,” says Yoshi Tatsumi, an affiliate professor with Kobe University’s Kobe Ocean-Bottom Exploration Center.

The Tonga eruption has also underscored the importance of gathering precise data on a part of the world where the topography is less known than that of the lunar surface, with scientists emphasizing that initiatives such as the Nippon Foundation-backed Seabed 2030 project are essential for everything from identifying submarine volcanic threats to projecting the effects of climate change.

Without proper data, says NIWA oceanographer Mike Williams, “We’ve got no sense of what the ongoing potential risk is.”

Anatomy of an eruption

A deeper look at the details of the Tonga eruption is a humbling reminder of the destructive power of Mother Nature.

NASA scientists say the Tonga blast was hundreds of times more powerful than the atomic bomb that devastated Hiroshima in 1945. According to NIWA, it spewed material equivalent to 9.5 cubic kilometers — roughly equal to 2.6 million Olympic-sized swimming pools. That was also nearly twice what was released by the 1991 eruption of Mount Pinatubo in the Philippines, and nearly four times that released by Mount St. Helens in the U.S. in 1980. A recent study by the Johns Hopkins Applied Physics Laboratory in Maryland found that as much as 4 million metric tons of water vapor from the blast may have been ejected into space.