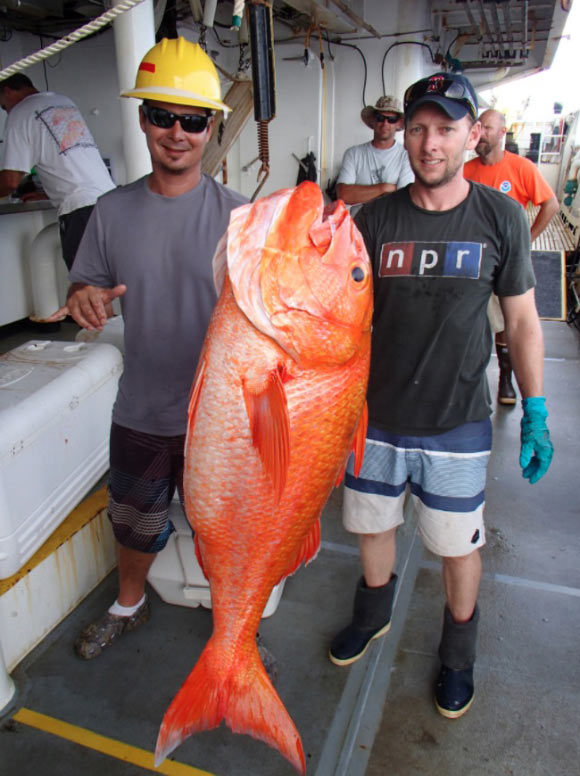 A team of marine biologists from the United States, Spain and Taiwan has discovered a new species of the snapper genus Etelis living in Indo-West Pacific waters.

Etelis is a small genus of massive bottom-dwelling fishes in the family Lutjanidae.

The genus is comprised of four recognized species, three (Etelis carbunculus, E. coruscans and E. radiosus) with overlapping ranges across the Indo-Pacific, and one (E. oculatus) in the Atlantic.

Both species are strikingly bright pink in color and occur at a depth of 200-400 m (650-1,300 feet), and both are widely found across the Indian and Pacific Oceans.

Although they look remarkably similar, Etelis boweni grows much bigger than the other, sometimes more than 1 m (3 feet) in length.

The new species also has smaller eyes and a black spot on the tip of its upper tail fin.

“It is similar to and was often misidentified as Etelis carbunculus, with both species sharing the diagnostic character of low number of developed gill rakers,” explained Dr. Kim Andrews from the University of Idaho and her colleagues.

“Nonetheless, the two species are genetically divergent and differ morphologically in adult body length; proportions of eye, snout, cheek and caudal fin; shape of head, opercular spine and sagittal otolith; and coloration of the tip of the upper caudal fin.”

“Etelis boweni has a wide Indo-West Pacific distribution that largely overlaps with Etelis carbunculus, and the two species are often caught on the same fishing line.”