Mid-Atlantic
A small boat chugs along the Honga River near the Chesapeake Bay as the sky lights up at sunrise, in Fishing Creek, Md. Julio Cortez / AP 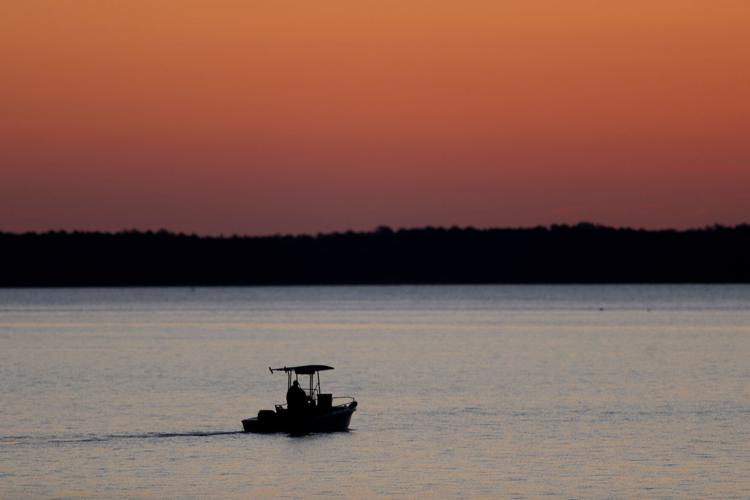 ANNAPOLIS, Md. (AP) – The Chesapeake Bay Foundation says the health of the nation’s largest estuary is continuing to improve.

But it says Pennsylvania still isn’t doing enough to reduce the amount of pollution that’s flowing into the bay from the state.

The Maryland-based nonprofit released a report on Thursday that assesses the progress of a blueprint that aims to reduce pollution flowing into the Chesapeake by 2025.

States in the bay’s watershed are required to cut phosphorous, nitrogen and sediment pollution, which comes from sewage treatment plants and runoff from farms and cities. The pollutants have led to algae blooms and oxygen dead zones that curtail the bay’s animal and plant life.

CBF said that Maryland and Virginia are currently on track in reducing the pollution, although both must accelerate reductions in runoffs from farms and suburban areas.

Pennsylvania is not on track in lowering nitrogen pollution, which comes from manure and fertilizers that flow off farms, the foundation said.

The foundation said that many farms require financial assistance to implement best practices for reducing runoff. But it said that Pennsylvania lawmakers must establish a dedicated cost-sharing program to help farmers.