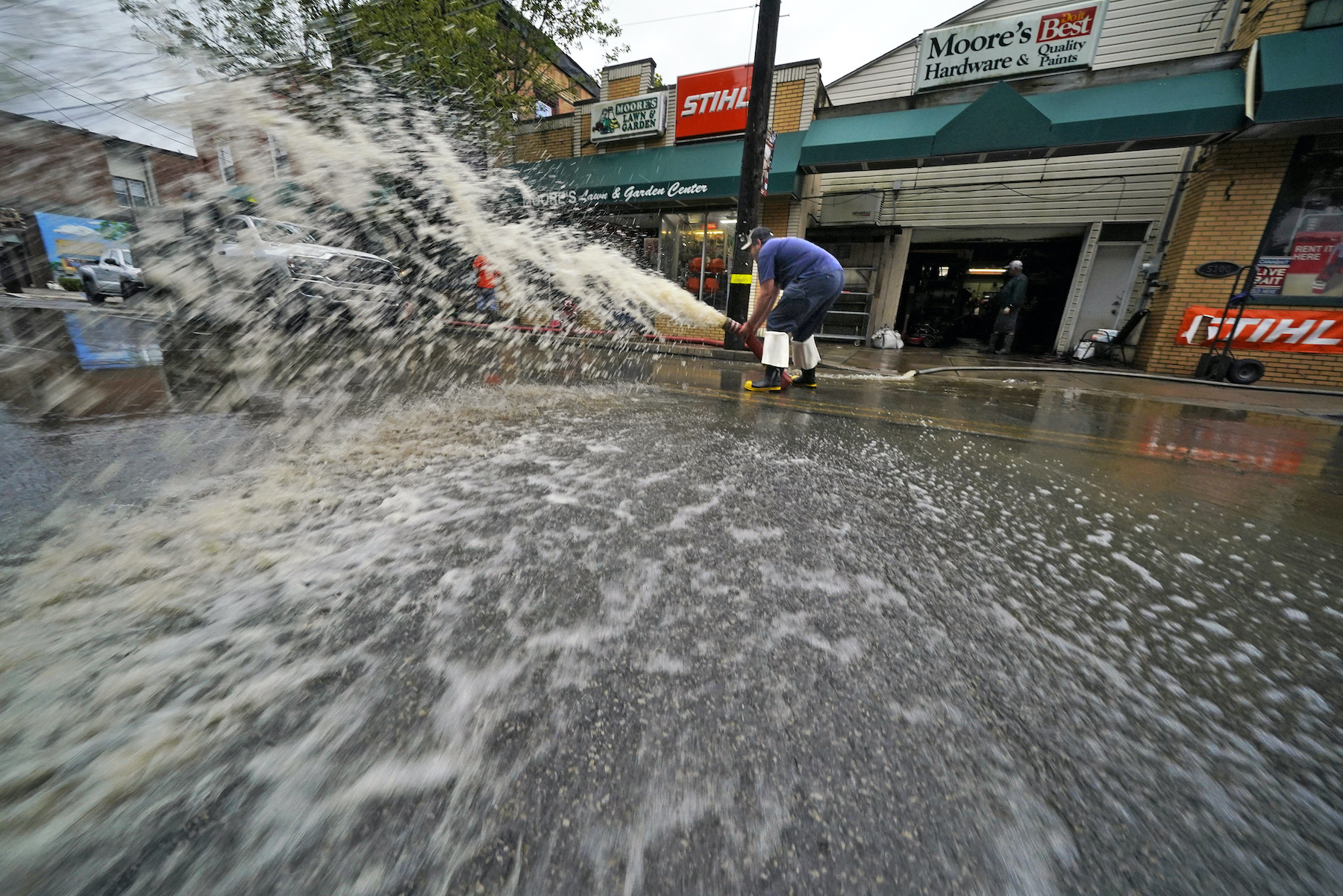 As the remnants of Hurricane Ida headed toward Philadelphia Wednesday, Leo Brundage had his eyes on the clock.

High tide on nearby Darby and Cobbs creeks was coming sometime after 10 p.m., and the longtime resident of flood-prone Eastwick in Southwest Philadelphia was preparing for yet another ruinous stormwater surge.

“I’ve been flooded nine times in the last 21 years,” said Brundage, an Eastwick native who has lived on Saturn Place, about 150 feet from the creeks, since the 1980s. “It’s almost like having post-traumatic stress disorder every time there’s a dark cloud in the sky.”

Those floods include his first, in 1992, which he blamed on a new storm drain that poured runoff into the creek; terrible flooding in 1999, after Hurricane Floyd; two floods in 2004, the year of Hurricane Ivan; two more in 2010; and another in 2011, when Hurricane Irene tore up the East Coast. In August 2020, the aftermath of Isaias filled his home with water and mud and devastated the neighborhood.

“It was 4 ½ feet in the house last year. I mean, we lost everything. We had flood insurance, but the hell with flood insurance. I would rather not have the flood,” Brundage said. “Somebody should have done something, at least by now. It just didn’t start yesterday, you know?”

As a low-lying former marshland surrounded by waterways, Eastwick is particularly vulnerable to flooding, but it’s not the only neighborhood that has seen repeated indundations.

In Manayunk, overflow from the Schuylkill River frequently damages homes and businesses and has necessitated swift-water rescues of Venice Island residents. In Germantown, streams that were buried in underground pipes a century ago become overwhelmed during flash floods, forcing water into intersections and homes and causing a woman to drown in her car in 2011. Wissahickon Creek has topped its banks many times, including 1999, 2011, and 2020, at times flooding Forbidden Drive and the Valley Green Inn.

Residents in heavily developed Northern Liberties have seen up to 3 ½ feet of floodwater in their finished basements, according to Joshua Lippert, the city’s floodplain manager. The Schuylkill regularly jumps the railroad tracks on its east bank and inundates the popular walking trail there. In 2013, a storm flooded underground electrical substations at Philadelphia International Airport, knocking out power to some terminals and causing flight cancellations and delays.