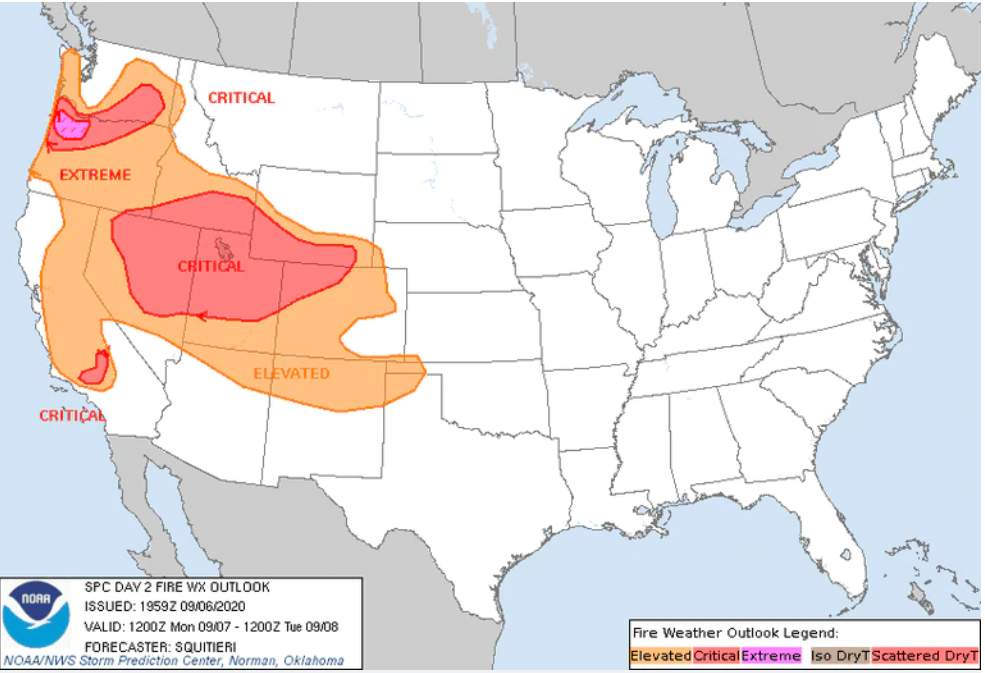 OR - We Know Climate Change Set the Conditions for Oregon Fires. Did It Stoke the Flames, Too?

The extreme weather conditions that led into the Labor Day weekend wildfires were unlike anything Oregon’s seen before but could become more frequent.

Jay Stockton’s desk job is not the kind you do from home during a pandemic. So on the first of a four-day fire weather shift at the National Weather Service in Medford, the senior forecaster went into the office, sat down in front of his five monitors and started watching the satellite and radar data roll in.

“It was evident early on that we had an anomalous event coming up,” Stockton said.

It was the Friday going into Labor Day Weekend.

Stockton is used to fall weather patterns in southwest Oregon that create east winds. There’s even a name for what happens: “the Chetco Effect.” If the wind direction is just right, cool air drops down into the Chetco Canyon, warming as it descends toward the ocean. The winds pick up speed as they funnel down the canyon. Then they hit the coastal town of Brookings with a wall of hot, dry air.

“When you get the wind combined with very low humidity, that is a bad combination,” he said.

What Stockton saw that Friday was similar — except it was going to hit most of southwest Oregon. Northwest Oregon wasn’t going to be spared either. On top of this, humidity levels were going to be extremely low.

The next day, Stockton and his office issued a series of Red Flag Warnings. Then Sunday, the NWS Storm Prediction Center forecast an area of “Extremely Critical Fire Weather” around Salem for Monday and Tuesday — the first time those conditions have ever registered in western Oregon.

Stockton has seen all kinds of wind events during the 22 years he’s worked in Medford as a weather service forecaster.