Pacific Northwest
A worker pulls the cap off a length of pipe while helping to construct a new natural gas liquids pipeline in March 2019 in the Powder River Basin. Landlocked gas producers are looking to a potential new export terminal in Oregon through which to sell their product internationally. via Star-Tribune 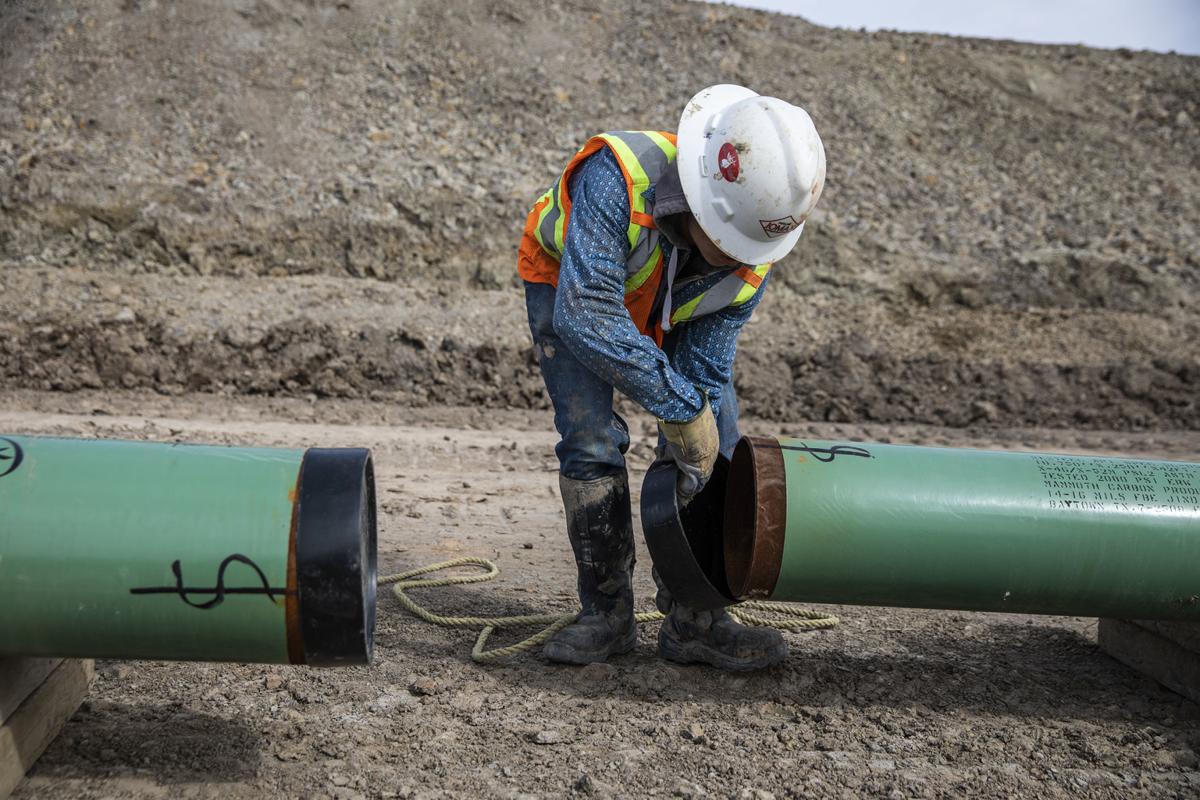 The U.S. Department of Energy announced this week it will allow firms to export liquefied natural gas to international markets from the proposed Jordan Cove terminal on the southern coast of Oregon.

The move brings natural gas producers in landlocked states like Wyoming closer to tapping into demand for the commodity overseas, proponents said.

U.S. Secretary of Energy Dan Brouillette issued an order this week authorizing up to 1.8 billion cubic feet a day of liquefied natural gas to be shipped out of the terminal. The Jordan Cove terminal has yet to be constructed, due in part to significant regulatory issues over the past decade. But if completed, it would be the only liquefied natural gas port on the West Coast.

Energy companies convert natural gas into a liquid using cold temperatures and pressure. In its liquid state, the commodity can be transported across the globe in ocean vessels.

“Today’s issuance to Jordan Cove serves to further expand opportunities for U.S. LNG abroad, particularly in the growing markets of Asia, and encapsulates what the Trump Administration has been working hard on for the past three years – providing reliable, affordable and cleaner-burning natural gas to our allies around the world,” Brouillette said in a statement on Monday.