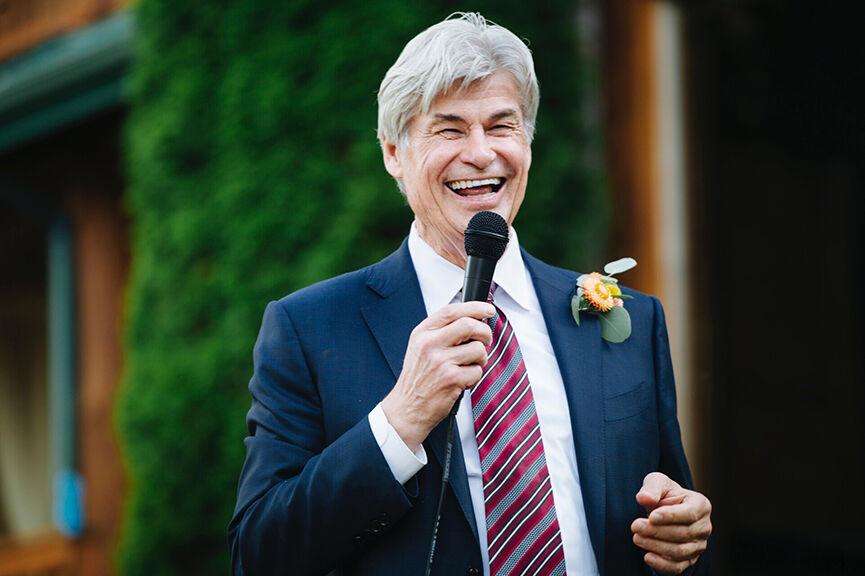 From the CNT Publisher: We are saddened to report that Thane Tienson, a long time friend and Co-host of ASPN's Changing Waters Podcast, has passed away. We are planning a tribute podcast to Thane to celebrate his work on behalf of coastal communities in the Pacific Northwest and Alaska. We will miss him greatly.

Thane Tienson, a prominent environmental, fisheries and human rights attorney from Astoria, died from a heart attack on Jan. 28. He was 74.

Tienson is survived by his brother, John; son, Erik; daughter, Julia; and grandson, Gavin. He was preceded in death by his mother, Dorothy; father, John; and brothers, David and Donald.

Julia Tienson said her father, an avid runner who was still a practicing lawyer with the firm Landye Bennett Blumstein, called her while driving himself to the hospital after experiencing sudden chest pains Jan. 27. He died of a heart attack while in transport to another hospital for surgery, she said, but not before his family was able to gather and spend some time with him.

“We got to really say our goodbyes,” she said. “I was doing voice memo recordings of my dad. He was just such an excellent storyteller and had decades of life, and activism, and friendships and stories to share.”

Erik Tienson described his father as a Type A personality who loved helping people, from representing them in the courtroom to teaching law and the Constitution classes in local high schools. Tienson’s children also described their father as an unabashed liberal fighting for environmental causes, with a client list including the Sierra Club, Columbia Riverkeeper and the Wild Fish Conservancy.

“He changed water rights on the John Day River in central Oregon,” Erik Tienson said. “He was just a freedom fighter for the Pacific Northwest. His life goal was to have The Dalles Dam be blown up, and restore Celilo Falls.”

Tienson’s family moved away from Astoria to the Bay Area when he was a boy. Tienson attended Santa Clara University in California before serving in the Vietnam War, where Erik Tienson said his father earned two Purple Hearts for injuries sustained in battle.

After serving in the military, he attended Lewis & Clark College in Portland, becoming a lawyer in 1977. John Tienson, his only surviving brother, said he wanted to become a lawyer in honor of his father.

Tienson’s family said his heart was always on the coast. He represented the Chinook Indian Nation in its fight for federal recognition, Warrenton when its water filtration system malfunctioned and even members of the Flavel family.

“He did a ton of pro bono work for Astoria,” Erik Tienson said. “He just loved the people and the commercial fishermen of Astoria.”

Tienson represented the Port of Astoria on several occasions, most recently in negotiations with oil companies to clean up historic fuel contamination.

“I worked closely with Thane over the last couple of years, most notably on the environmental cleanup along the Astoria waterfront,” said Will Isom, the Port’s executive director. “Thane loved Astoria and he would often begin our conversations by probing for information on the recent happenings within the community.”

Tienson represented numerous fishermen and was counsel for Salmon for All, an association representing the Columbia River salmon-fishing industry. He won a federal court ruling on behalf of both fishermen and environmental groups that required changes in the way dams are operated to protect endangered salmon species.

Steve Fick, a seafood processor, fisherman and member of Salmon for All, said Tienson was always an advocate for fishermen and a sustainable West Coast fishery. He sued to stop a mine near Bristol Bay, Alaska, and for the right of gillnetters to fish on the main stem of the Columbia.

“Truly, never forgot where he came from,” Fick said.

In the 1990s, Tienson handled several high-profile cases of sexual assault at sea, helping improve standards for women aboard fishing and processing vessels. Anne Mosness, president of the Women’s Maritime Association, said Tienson stepped in — often pro bono — to represent women who had been assaulted at sea.

“He was so dedicated to safety, to helping vulnerable people,” Mosness said.

“Thane Tienson was as close as anyone in my acquaintance to a Renaissance man, a decorated Vietnam Veteran, global traveler, convivial companion, a capable and compassionate lawyer —frequently on the side of the little guy,” Johnson said.

Tienson’s family said his heart was always in Astoria, where his mother had lived since 1976 until her death in October. He was planning to retire in the coming year and move back to the coast.

The family is planning a number of smaller virtual and in-person tributes over the next several months. They suggested donations in Tienson’s honor be made to Columbia Riverkeeper and the Chinook Indian Nation.