Pacific Northwest
A sunflower sea star moves on the ocean floor. Sea stars have been decimated by disease in recent years, leading to efforts by scientists to add them to the Endangered Species List. Kevin Lafferty / Center for Biological Diversity 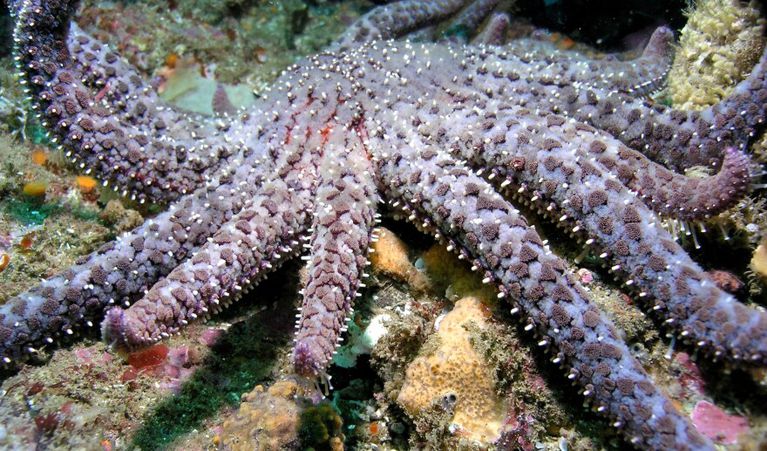 Sunflower sea stars, a large 24 armed marine predator that lives on the West Coast, are one step closer to receiving protections under the Endangered Species Act. The National Marine Fisheries Service announced Monday that they will open a public comment period on sunflower sea star protection.

These colorful creatures, which can reach up to a meter long, are important predators along the West Coast. In particular, they eat purple sea urchins, whose populations have exploded over the past few years.

“It’s kind of a thing you imagine in horror movies,” says Sakashita. “The sea stars, they develop these lesions on them, their arms start to twist and almost melt away. And it eventually kills the sea stars.”

Warming ocean temperatures have been worsening the outbreak of the disease. Sakashita says the Endangered Species Act could help save them.

“One of the great things that will help it, is it gets critical habitat protected. It will also receive a recovery plan and that’s essentially a scientific roadmap for how to help the population recover from the decline.”

By being listed on the Endangered Species Act, researchers could also receive more funding to study the mysterious wasting disease which has been so detrimental to sea star survival.