Pacific Northwest
FILE - In this Feb. 4, 2014, file photo, a group of steelhead fishermen have the Clearwater River to themselves, as the make their way down river in Lewiston, Idaho. Record low numbers of steelhead are returning to the Columbia River in 2021, prompting conservationists and anglers alike to call for a halt to recreational fishing for the sea-run fish. (Steve Hanks/Lewiston Tribune via AP, File) STEVE HANKS AP Read more here: https://www.newsobserver.com/news/politics-government/national-politics/article253816783.html#storylink=cpy 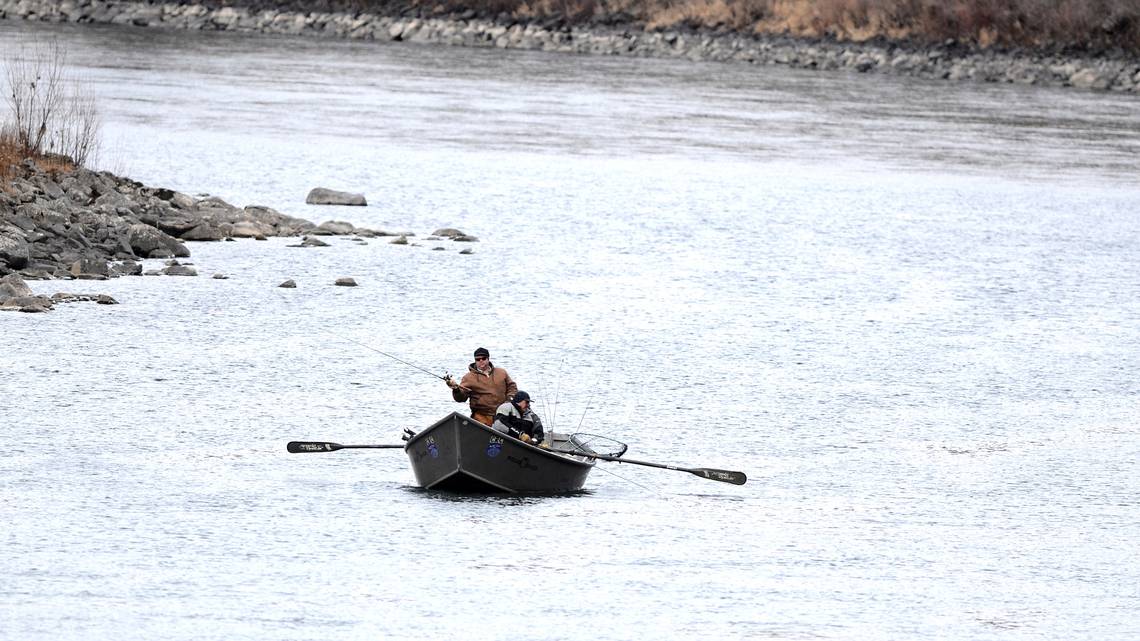 OR - Record low numbers of steelhead returning to Columbia River

PORTLAND, ORE. Record low numbers of steelhead are returning to the Columbia River this year, prompting conservationists and anglers alike to call for a halt to recreational fishing for the sea-run fish.

As of this week, just 29,000 steelhead passed the Bonneville Dam since July 1 — the fewest ever recorded, less than half the average of the past five years, Oregon Public Broadcasting reported.

A coalition of conservation and fishing groups sent a letter to the Oregon, Washington and Idaho agencies that manage fish and wildlife requesting an immediate closure of recreational steelhead fisheries on the Columbia River, the Lower Snake River and their tributaries.

“This is a really, really dire year for steelhead — especially wild steelhead — in the Columbia River Basin,” said Rob Kirschner, legal and policy director for The Conservation Angler, which advocates for protection and restoration of wild fish in the Pacific Northwest and Kamchatka, Russia.

“We are trying to protect every eligible spawner," he added. "Every one of these fish counts.”

Steelhead on the Columbia and Snake rivers are listed as threatened under the Endangered Species Act. After hatching in freshwater rivers and streams, the steelhead — sea-run rainbow trout — migrate to the ocean and return to freshwater to spawn.

Commissioners and staff with the Oregon and Washington departments of fish and wildlife met virtually Friday to discuss options for limiting damage. Most fisheries on the Columbia require fishermen to release any steelhead they catch this fall.

The groups that wrote the letter to commissioners say that’s not true. They say closing recreational steelhead fisheries altogether for the fall could prevent unnecessary fish deaths — and that fishermen stand to benefit.

The Sound of Judgment

“(W)e simply do not believe that fishing for ESA-listed steelhead during their worst return on record is appropriate for these fish or future generations of fishermen,” the letter reads. “For a species that has provided generations with memorable fishing experiences, asking fishermen to sit a season out is reasonable and necessary considering the circumstances.”