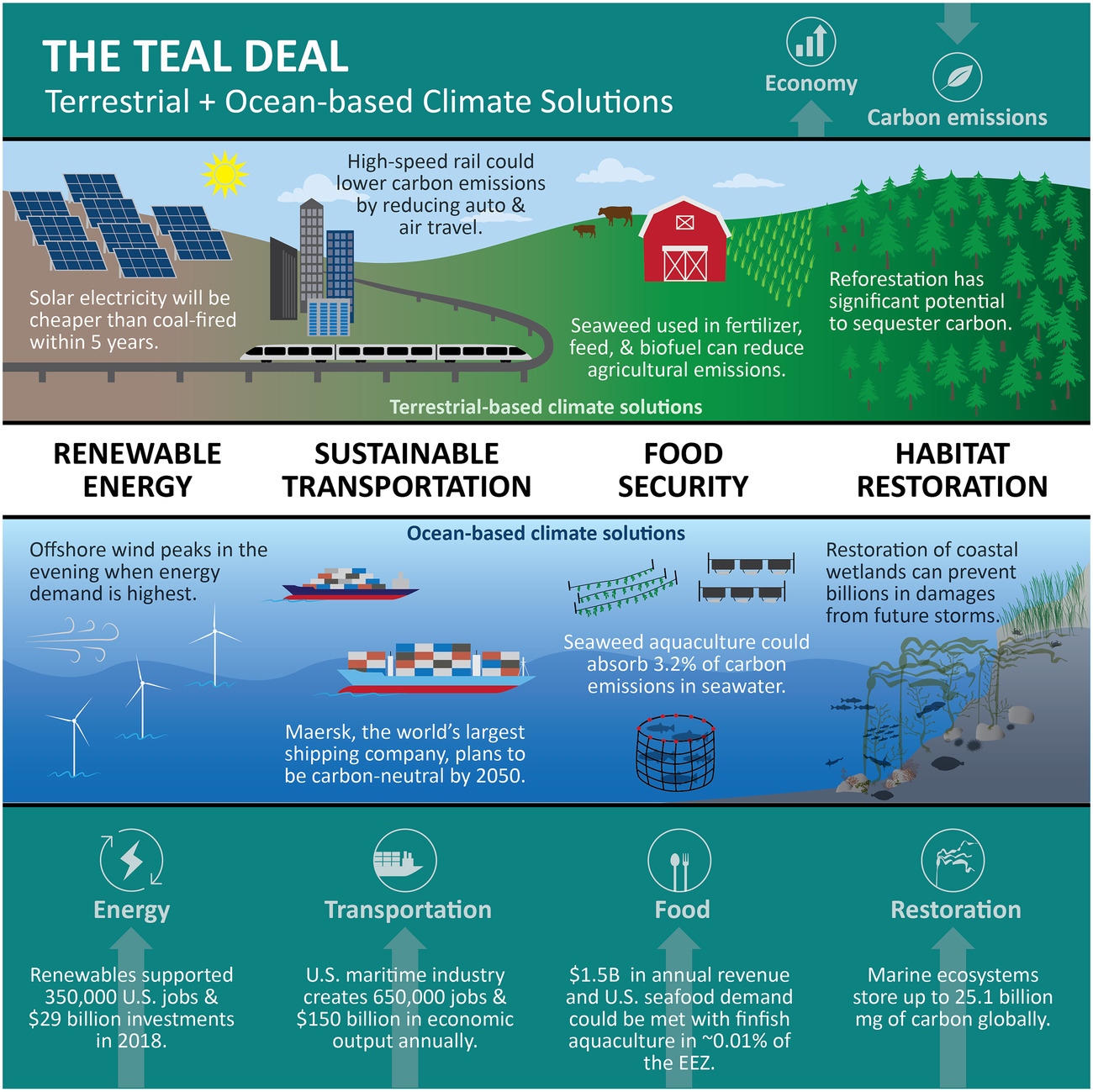 CORVALLIS, Ore. – The world’s oceans play a critical role in climate regulation, mitigation and adaptation and should be integrated into comprehensive “green new deal” proposals being promoted by elected officials and agency policymakers, a group of ocean scientists suggests in a new paper.

“The ‘green new deal’ has been the headline, but very few have been talking about the oceans in those conversations,” said Steven Dundas, an environmental and resource economist in Oregon State University’s College of Agricultural Sciences and the Coastal Oregon Marine Experiment Station in Newport, Oregon.

“We think it’s important to add a touch of ocean blue to this conversation because the oceans play an important role in efforts to mitigate effects of climate change,” he said. “Our proposed ‘teal deal’ is an integrated approach that is more likely to generate cost-effective and equitable solutions to this global threat.”

Dundas is one of three senior authors of the paper, which was published recently by the journal Conservation Letters. The other senior authors are Arielle Levine and Rebecca Lewison of San Diego State University. Additional authors include OSU’s Angee Doerr, Ana Spalding and Will White.

“Adding the oceans to climate policy doesn’t mean you’re ignoring the terrestrial approaches to climate change mitigation,” Dundas said. “It means adopting a portfolio approach that includes both. We hope this paper and our recommendations broaden the policy options needed to meet the grand challenge of climate change.”