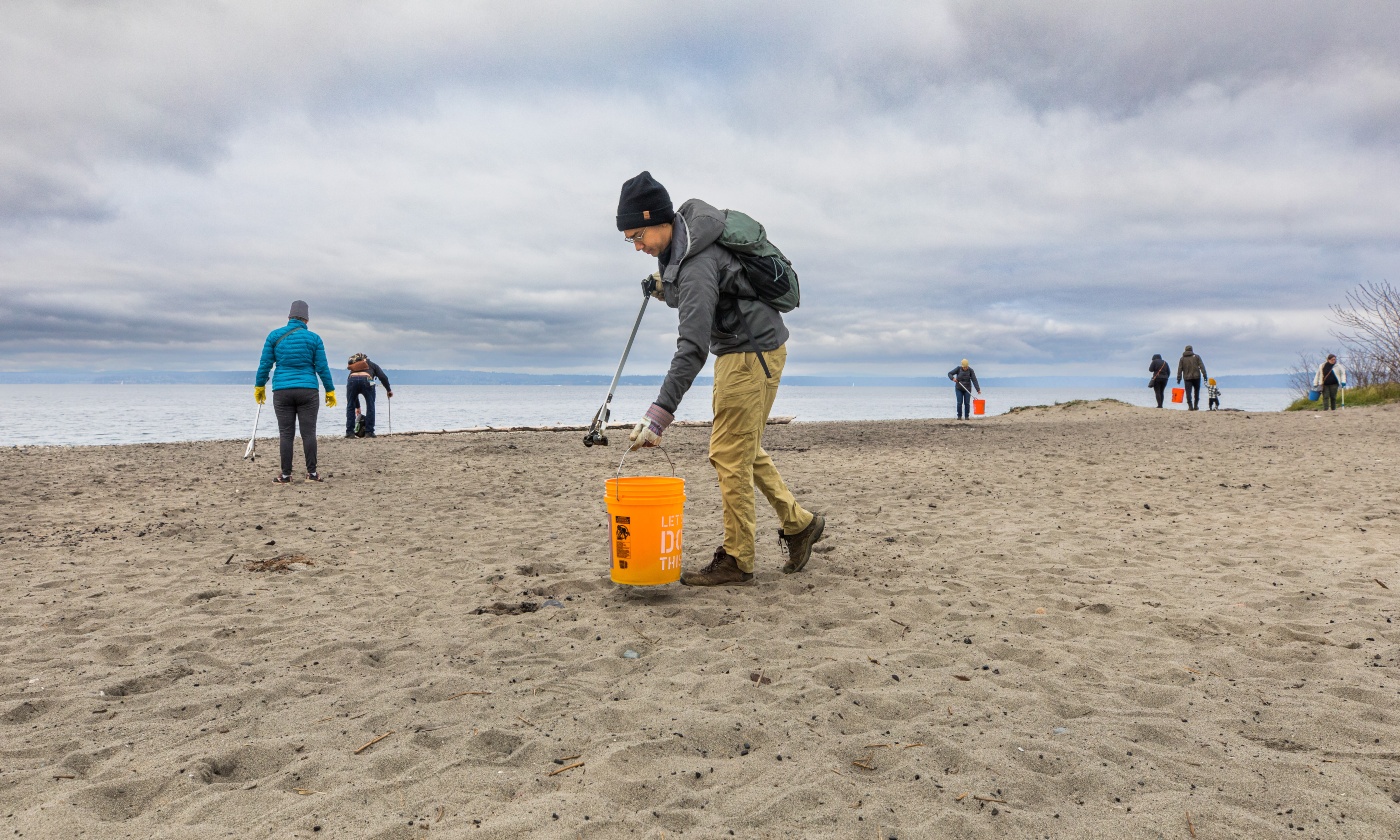 On an overcast Saturday in Seattle, a group of volunteers combs a small section of the beach at Golden Gardens Park for trash. With 5-gallon buckets in hand, they slowly fan out and search a roughly rectangular zone marked by cones, passing over the same spots several times from the grass to the waterline as they look for even the tiniest things that don’t belong there.

U.S. Sens. Jeff Merkley and Ron Wyden of Oregon, Bernie Sanders of Vermont and Elizabeth Warren of Massachusetts want the Biden administration to take the lead in tackling plastic pollution. In a letter earlier this month, they called on Secretary of State Anthony Blinken to secure an agreement with other countries at the first session this week of the United Nations’ Intergovernmental Negotiating Committee, which was created to come up with a global agreement on the subject. “Plastic pollution is a clear and present threat to our public health, our economic security, and the future well-being of our planet. Without immediate, bold action, it is a threat that will only continue to grow,” they wrote.

Unlike several other weekend cleanups going on farther down the beach, this group has been given special instructions that will help them categorize and log everything they find, from food scraps and toys to tiny pieces of foil and, of course, many types of plastic.

From large pieces, such as bottles, cups and even a Smurf action figure, to tiny microplastics — fragments, films, fibers or foams less than 5 mm long — plastic is one of the most common pollutants this group will find, mirroring what cleanup crews regularly see across the country.

Recently, international attention has homed in on the problem, which is only growing worse as plastic doesn’t decompose but degrades into smaller pieces that will remain in the environment for thousands of years. Single-use plastics will be phased out of national parks by 2032 after an announcement in June from the Biden administration, and by the end of 2024, the United Nations plans to have a legally binding plan to end plastic pollution globally.

But groups like this cleanup crew are helping answer a more basic question: Where is this stuff coming from?

These volunteers are following the “Escaped Trash Assessment Protocol,” which was developed in Washington state from 2018 to 2021 and is now being used by volunteer groups around the country with guidance from the Environmental Protection Agency. The idea is to provide standardized data to state and local regulators so they can better attack sources of pollution.

“We’re doing the same thing at different sites all around the state to see: what does litter look like here versus near a highway versus an alley versus another beach?” explains Heather Trim, executive director of Zero Waste Washington, an organization that helped develop the protocol. Using geographic pins on her phone, she marks the location of the cones around the perimeter of the cleanup area, which will enable her to map it later. “The data they’re going to collect is going to be apples to apples” between the sites.

Even though the city of Seattle already cleaned this beach of large debris hours before people started arriving at the popular park, the 20 or so volunteers working with Puget Soundkeeper end up filling buckets with trash.

Volunteers Valerie Chu and David Corrado sit on the grass to sort the material into trays after helping gather litter from the beach. Other volunteers take the trays to tables set up under a canopy to be divided even more specifically into plastic containers with detailed labels.

Is the trash from camping? Is it from fishing gear? Is it a household item? Is it dog waste? There’s a quart-sized container for basically any item you could find, with dozens of possible categories. Some of the youngest volunteers then help count the number of items in each container, weigh the trash from that category, and dictate their findings to the recordkeeper.

As expected, plastic is one of the most common substances across the categories.

Chu, who works in toxicology in the Seattle area and regularly volunteers with Puget Soundkeeper, says she’s keenly aware of the issues plastic can pose in the environment.

Essentially, chemicals that already pollute the environment, such as PCBs (polychlorinated biphenyls) and flame retardants, can glom onto the plastic and convert into other more toxic substances, she says. But little is known about the impacts those combinations may have on people, wildlife and the environment.